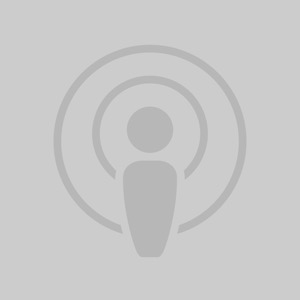 Composting in the Pacific Northwest


In the late 70s the Tilth Garden property was managed by the Seattle Parks Department. With the input of neighbors, Parks set aside ½ acre space for a community garden. Before the p-patch, before the beautiful and rich demonstration garden and greenhouse, there was asphalt and concrete. Tennis courts and basketball courts at the Good Shepherd Center had to be removed and hauled away. In 1980 Parks brought in heavy machinery to remove the pavement (in winter – think compaction!). It seemed impossible to grow anything other than weeds that first year.

In 1981 an old gardener’s cottage on the GSC grounds was moved to the new community garden space. With a grant of $15k from Department of Neighborhoods Seattle Tilth was lined up to fix it up as a greenhouse, cooking demo area and caretaker’s loft, but arson took the cottage. The existing greenhouse was built instead.
The Love Family’s contribution of a truckload of composted manure  was the first addition of organic matter to the new demonstration garden (see http://seattletilth.org/about/abriefhistoryoftilth for more information on the history of Tilth).
Six two-yard bins were built to compost on site. Fresh material was brought in weekly, and Carl Woestwin was making 1 yard of finished compost a week by 1981.
That same year Seattle Tilth received a $5k grant to demo cold frames and to explore food gardening in a scientific way using a public demonstration garden. The SPU/Seattle Tilth partnership began with the Master Composter Program.
Formation of MC/SB
The city put out a Request for Proposal, (RFP) in 1985 to develop curriculum and deliver what was then called the Community Composting Education Program. The first class met in 1986, taught by Craig Benton, Jeff Gage, and Carl Woestwin. It was the first Master Composter program in the country, with 40 hours of training and 40 hours of outreach.
As part of the RFP, the Compost Hotline was created, which has turned into the Garden Hotline we have today.
Jeff Gage went on to start the ZooDoo program at Woodland Park Zoo. Craig Benton sells compost systems worldwide. And Carl Woestwin just retired from 24 years of service at Seattle Public Utilities.
Happy Retirement, Carl!
Carl Woestwin started out as a groundskeeper at the Good Shepherd Center in 1977, when Tilth was formed. He helped build the demo garden, demonstrate the viability of community composting, and eventually was part of the first team of educators to teach MC/SB. His vision for Seattle Tilth: To show the viability of urban agriculture in a scientific way; to support local food systems; to help reduce waste. In June he retired from SPU.

The Wonders of Mycorrhizae

Master Composters #1: How to Make Compost