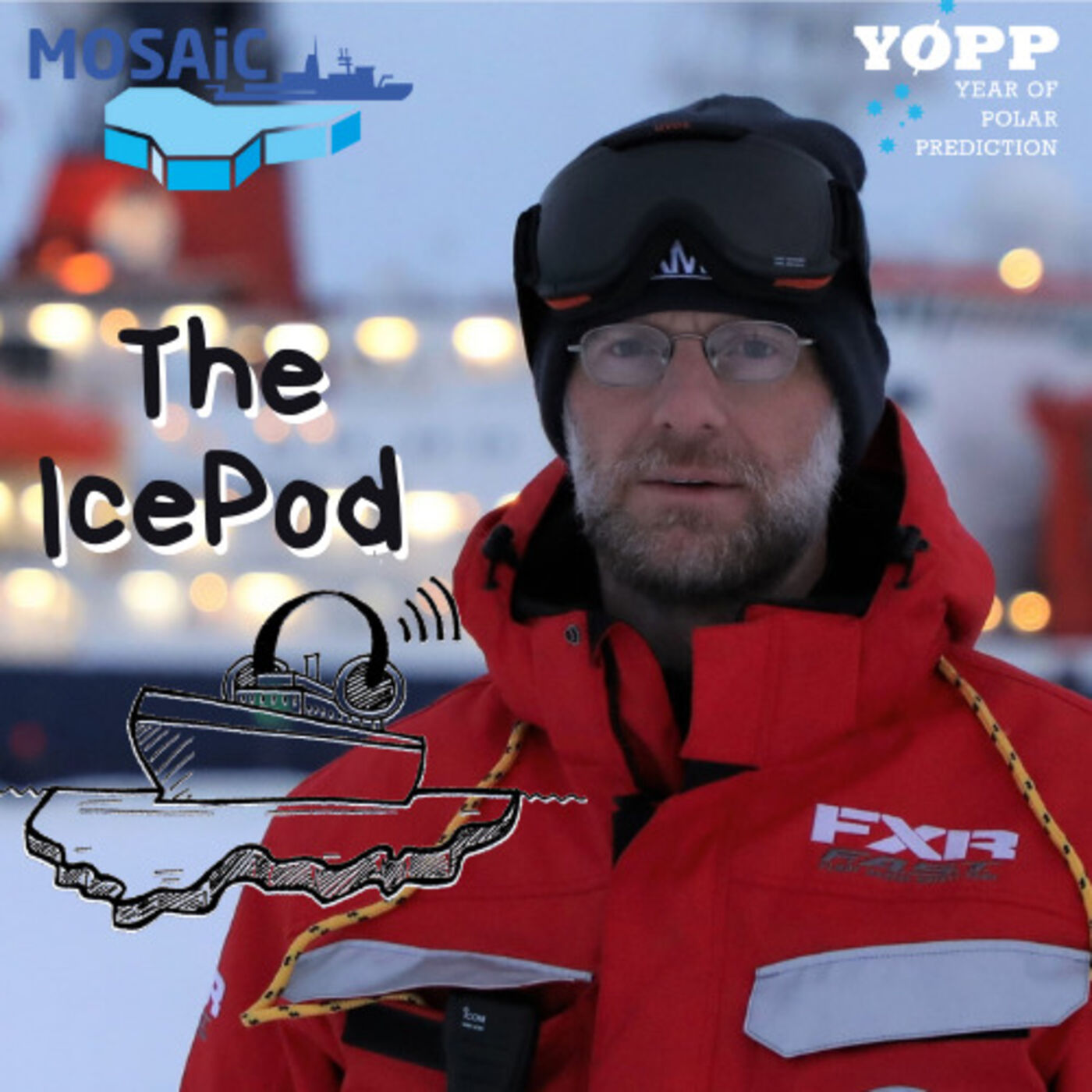 Here's the final episode of The IcePod's season 1.  It's a pretty special one because we got to meet one of the highest-ranked people of MOSAiC – it's Matt Shupe. Matt has been the co-lead of the expedition and stayed onboard Polarstern for the first, the dark one, and the fourth, the light leg of the one-year expedition.

Matt really is a cloud person; he has been working on his sweet spot of research, the Arctic mixed-phase clouds, since basically forever. As a PhD student, he has already been involved into the Arctic drifting expedition SHEBA  in 1997, and could thus bring on his experience camping on the ice into the new project.

After his return from the Arctic, he always wanted to go back to better understand what's going on there in terms of atmosphere/sea-ice interactions. When he met the German physicist Klaus Dethloff who by the time worked at the Alfred Wegener Institute, they realized they'd have similar dreams on an Arctic overwintering campaign.  It took them quite some years and efforts to champion on these paired ideas, but eventually they got more people convinced and the German research vessel Polarstern on board.

In retrospect, Matt summarizes the expedition like this: "My expectations were not necessarily the plan of the Arctic, but the Arctic came up and said 'Hey, this is what I am right now'."  From COVID-19 to logistical issues, not to mention the fast drift of the ice floe, the MOSAiC expedition was sometimes not as they had pictured. But great expectations can only be topped by the unexpected reality, which turned out to be amazing, not only due to the various observations during polar night and day, but also to the team spirit, the human relationships and particularly the Italian card game connection that built over time on an Arctic island in the sun.

What are Matt's plans for the future? While looking at the "old stuff" may be in "some ways less sexy", it's a necessary step to pave the way to the next big thing of the future of Arctic research, which Matt is confident on is in great hands.

If you miss the music, find the very special playlist that Matt created for you on Spotify: https://open.spotify.com/playlist/1SfJzVTcH6aF4lkhW6zNAA

If you want to listen to the full episode with music, listen to Radio Weser.TV on the first Saturday each month 12–2 pm UTC at https://www.medialabnord.de/radio-livestream/, or check back with us at [email protected]

For updates and other materials, check also our website: https://theicepodcast.home.blog/

The IcePod is the podcast about polar science and the people. We’ll talk to scientists who went on board Polarstern, the German research icebreaker, for the biggest research expedition in the Arctic. The IcePod is the official podcast of the Year of Polar Prediction initiative to improve weather and sea-ice forecast in the Arctic and Antarctic.

The Drake Lake & the Drake Shake – The IcePod with Nina Gallo

Episode Ten – Binoculars are My Weapons

Episode Nine - Hugs, Dips in Melt Ponds, and WiFi on the Ice

Episode Eight – Snowflakes, Pee Bottles and a Mosaic of Floes