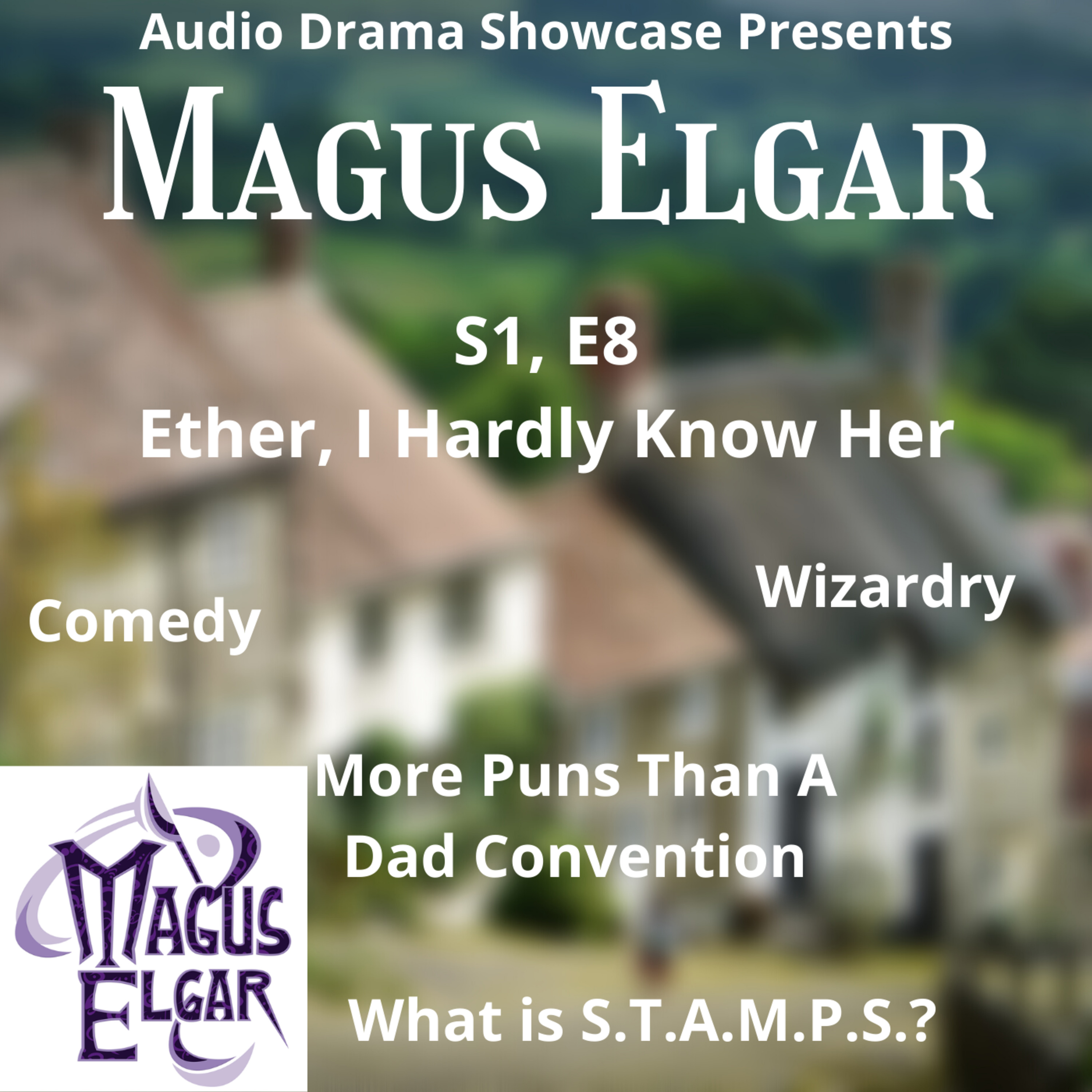 Who's the show-runner(s) and what is their title?

What is the story of why you started your show?

Kennedy first dug into the world of directing in college, but ran into difficulties really making his ideas come to life. Then he realized his childhood love of audio drama was a means of getting back into directing again. Over time he overcame self doubt to make this production a reality. In this, the world of Hearth, magic is performed by insulting the very laws of nature. During their previous adventures, Magus Elgar and his apprentice Udo Malaki met and accidentally destroyed the home of Dr. Horatio. Now they are on the hunt for the Scientific Tools Augmented with Magical Power (or STAMPs) before they fall into the wrong hands.

When did this show first air?

What's the name of the episode you want us to use? (if it includes non English words, how are they pronounced)

Ether, I Hardly Knew Her

What is the episode number (and season if applicable)?

When was it published?

What's a link directly to the episode? (preferably where we can download it from)

Please summarize what we need to know about the story up until this point, for the episode to make sense:

Magus Elgar and his apprentice Udo Malaaki are casters, magic users in the magical world of hearth, where insulting the laws of nature (called the elements) allow you to channel their bruised egos into magic power! Together, they have discovered a world beyond their understanding: a world of science, earth! There, they meet Dr. Graw Horatio and his assistant Kaylee Fawn, and accidentally blow up their lab and home. As a result, the doctor’s equipment from earth has mutated into Scientific Tools Augmented with Magical Power. (Or STAMPs for short) Now they scour Hearth together trying to find them before they fall into the wrong hands, or unravel reality as they know it. Up until now, much of their efforts to find the stamp has resulted in disasters and collateral damage, from nugget raptors, to a village set ablaze. In the last few episodes, Dr. Horatio has found a way to track the STAMPs with his old radio (a STAMP which now gives very Cryptic clues on its whereabouts) Will the Magical Anomaly Interdimensional Locators (MAIL) find it in time?