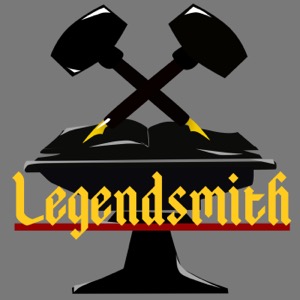 Who's the show-runner(s) and what is their title? JC De La Torre, Creator and Head Writer

What is the story of why you started your show? Continuum Force was a show four years in the making. When we started, there weren't many audio dramas doing time travel. As ubergeeks, we had a love for Doctor Who and Stargate SG-1. We thought what would be better than combining the two concepts, sprinkle in a bit of Ancient Alien theory and alt-history to make a fun, thrilling adventure.

Unfortunately, one of our main actors took ill and eventually passed away. We're happy to say we were able to use some of his audio in episode one because doing this project without him was just unacceptable. You'll hear him as the wild pirate Charles Vane. In addition to visiting different points in history and playing around with what-if scenarios, we also wanted to bring attention to a lesser-known aspect of the LGBTQIA community with one of our characters, Lesley Barber. The character is ACE, and one of the storylines will hang a lantern on it to help educate people on what that means.

What genre(s) apply to your show: Military Sci-Fi, Time-Travel

What's the name of the episode you want us to use? Wheel in the Sky

What is the episode number (and season if applicable)? S1E9