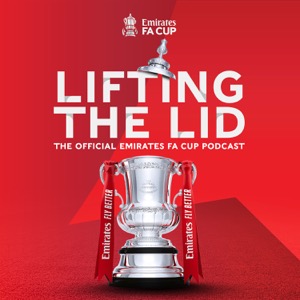 Welcome to the first episode of Lifting The Lid, here on the Official Emirates FA Cup podcast.

Over the next six weeks we’ll be bringing you in-depth conversations between our two hosts, Tubes and former Fulham, Chelsea and Reading player Steve Sidwell and some of the greats of the game about their lives in football and, in particular, their experiences playing in, watching, and in some cases, winning the FA Cup, the world’s oldest and best club competition.

In our first episode we kick off with a double dose, by speaking to not one, but two legends of the game. We’ve got FA Cup finalist and former West Ham, Fulham, Brighton and England player Bobby Zamora; and we also have Leeds, Everton and Preston’s Jermaine Beckford… the joint seventh highest FA Cup scorer of all time!

This episode explores the cup's ‘cult heroes’. It's a role that’s difficult to define but could equally be to do with a player’s personality and character around a club - like maybe Troy Deeney at Watford - or a particular moment in the club’s history. Both Bobby and Jermaine are certified cult heroes for at least one of their clubs, but it’s fantastic to hear what that means to them as footballers, and how they relate to the idea.

Subscribe now to make sure you don't miss any episodes of Lifting the Lid on The Official Emirates FA Cup Podcast.

Lifting The Lid The Official Emirates FA Cup Podcast is a Little Dot Studios production for The FA.

The show is hosted by Tubes and Steve Sidwell and produced by Harold McShiel and Jake Cunningham. The Executive Producers are Charlotte Males and Craig Barrett, our editing is by Will Lockwood and Jamie Maisner and our artwork is from Ellis Oseman.