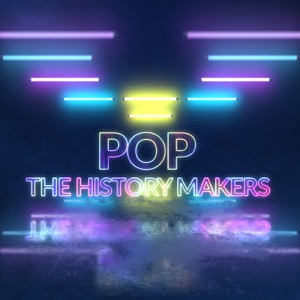 Pop: The History Makers presents regular two-part interviews with icons of popular culture who have made history with their work. These can be pop stars, video directors, producers, remixers, writers, series or film directors, or even album cover designers. Most of them I have so far chose started their careers in the 70s, 80s, or 90s and have since created popular culture history.

Part 1 of each podcast interview looks at how the star became successful, where their drive originated, and what they felt success would bring them, and what it actually did.

Part 2 focuses on the period after their first commercial success, where they are in their creative life today, how they now look back at their careers, and what is now important to them.

Pop: The History Makers is not just an insight into some of our favorite pop stars, video directors, producers, remixers, writers, series or film directors, or even album cover designers who came to prominence during the 70s, 80s, and 90s. This is an opportunity for me to revisit the many stars I'd interviewed during my time as News Managing Editor and Presenter at MTV Europe in the late 80s and early 90s. I hope the interviews provide an insight into how we all change, what it takes to create popular cultural history, and reveals what we have been able to learn along the way.

New Slang is (mostly) an interview-based podcast hosted by music journalist Thomas Mooney. For the most part, it's an hour-long conversation with singer-songwriters, musicians, and bands within the Americana, country, folk, and rock realms. We discuss influences, albums, songwriting, and all things within that artist's life. Thomas Mooney has been published in the likes of Texas Monthly, Rolling Stone Country, Lone Star Music Magazine, Texas Music Magazine, Wide Open Country, and several other music publications. Follow on Instagram and Twitter at @_NewSlang.

A podcast featuring conversations with your favourite musicians.

Come and sit in with us!

‘Sitting In’ is a colloquial term among musicians that describes the act of being invited to participate in a creative circle or session of music.

Sitting In represents an open invitation to both our audience and guests to become a part of our online music network. Season 1 of Sitting In featured 20 long-form conversations with artists from all around the world.

The DR and the DJ is a podcast about the power of music, health, and community hosted by DR Amy Lindsey and DJ John Richards. Amy and John share their own experiences in the pursuit of health and the health of their communities. They chat with musicians, authors, doctors, and more and have fun along the way.

A fresh take on the music, people, and narrative of the Beatles. Diana Erickson is joined by a core group of contributors to discuss the Beatles through a new lens. The Beatles story has evolved.