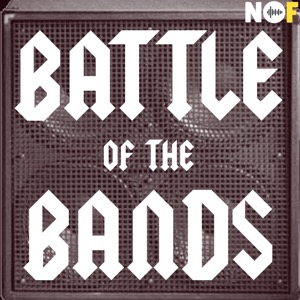 Battle of the Bands

Since the dawn of recorded history, we’ve been wired to fight - whether it was fighting for survival on the African savannah tens of thousands of years ago, or fighting with our siblings for the remote.

We’re captivated by stories of adversaries battling it out for supremacy.

Whether it was David and Goliath, Achilles and Hector, Michaelangelo and Leonardo Davinci, or even Larry Bird and Magic Johnson, the struggle for superiority is one we can all innately relate to.

And these battles have played themselves out many times in the world of music, leaving us not only with some great tunes for the ages, but also with some incredible stories.

Each week on this show, host Steve Glaveski will deep dive into these stories and unpack battles between musicians that were sometimes fought with album and concert sales, words and fists, and other times, with bullets.

For over half a century, the boys next door otherwise known as The Beatles, have been duking it out with the bad boys of rock n roll, The Rolling Stones.

The intense rivalry between the east coast rapper, Notorious BIG and the west coast’s 2Pac Shakur was drawn to an abrupt and premature end bullet-induced end, resulting in inextricably linked murder cases that remain unsolved to this very day.

And in the world of heavy metal, it’s difficult to look past the ego, and drug-fueled bitterness that long drove a wedge between thrash metal icons Metallica and Megadeth.

So tune up and plug in, as I take you inside these rivalries and more.

This... is the Battle of the Bands.

Megadeth v Metallica | 6 | And Justice For All

Megadeth v Metallica | 2 | You're Out of the Band

The worlds No1 Hardcore Podcast, (Probably)

Now in its 12th years and over 1.5 million downloads.

360 degrees of Rave music past, present and future.

Rock and Roll History - The Podcast where we stage dive head first into all the Hits, Misses, And Often Overlooked Songs and Stories Throughout the History of Rock and Roll!

She Will Rock You

Rock and roll is not dead. It’s very much alive and well. Listen along as Bethanne Tarpley and Leah Jones tell the stories of bands that were famous before they were born, badass women in the music industry and interview new acts you need to know! Support this podcast: https://anchor.fm/she-will-rock-you/support

Another Kind of Mind: A Different Kind of Beatles Podcast

Welcome to Another Kind of Mind: A Different Kind of Beatles Podcast. We’re a collective of artists, musicians, and professionals who challenge established narratives about the band with irreverent commentary, educated criticism, and original, thought-provoking analysis.

Anything topic will do. It can be work related, How to get a job, Interviews, You job proposals, Recruitments. Or music, Bands any genre will do.