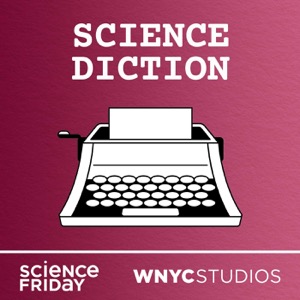 This episode is a re-broadcast. It originally aired in November 2020.

Every year, the World Meteorological Organization puts out a list of 21 names for the season’s hurricanes and tropical storms. But in 2020, the Atlantic hurricane season was so active that by September, we'd flown through the whole list of names and had to switch to the Greek alphabet. Thus, Hurricane Iota became the 30th named storm of the season.

We’ve only had to dip into the Greek alphabet once before, in 2005. But the practice of naming hurricanes goes back to the 19th century, and it was a bumpy ride to land on the system we use today. In this episode: The story of a meteorologist in Australia, a novel, and a second-wave feminist from Florida—and how they brought us hurricane names.

Christina M. Gonzalez is a doctoral candidate in anthropology at the University of Texas at Austin.Liz Skilton is a historian and the author of Tempest: Hurricane Naming and American Culture.

For more hurricane history, check out A Furious Sky: The Five-Hundred-Year History of America's Hurricanes by Eric Jay Dolin.

Science Diction is hosted and produced by Johanna Mayer. Our editor and Senior Producer is Elah Feder. We had story editing from Nathan Tobey, and fact checking by Michelle Harris. Our composer is Daniel Peterschmidt. Chris Wood did sound design and mastered the episode. Special thanks to the Florida State Library & Archives for allowing us use footage from Roxcy Bolton’s oral history interview. Nadja Oertelt is our Chief Content Officer.

Vocal Fry: Why I’m Not Getting A Voice Coach

Jargon: We Love To Hate It

Knock On Wood And Tsunami

The Rise Of The Myers-Briggs, Chapter 3: What Is It Good For?

The Rise Of The Myers-Briggs, Chapter 2: Isabel