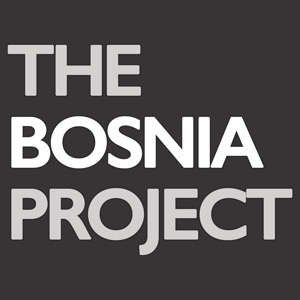 This is the first podcast in a while. :-) I apologize for the radio silence. Things have been busy. The recent holiday season gave me time to put this together, and I hope you like it. It's a mishmash of stories having to do with winter in Sarajevo -- the land where it's often winter, but never Christmas.

The transcript is below; here are some helpful links mentioned in the podcast.

The podcast is completely free -- we enjoy making it. If you would like to help us keep the lights on, you can do so by making a donation of any amount at this link. Thanks for listening.Donate online here.﻿

The Bosnia Project is the story of how I came to live and work overseas in a country called Bosnia and Herzegovina. It’s my blog, the Bosnia Project dot com, this podcast, and our Facebook community, and email updates we send out to our supporters and followers.

“The Bosnia Project” is a process and a product, all wrapped up into one thing, and this podcast, the blog, and everything else is a way to catch all that work, write it down, record it and preserve it, so that it can be of use to someone. This is the Bosnia Project, and it will continue for a good while longer.

This is the first episode in a series that will attempt to answer several of the questions that people ask about Bosnia, Sarajevo, Mostar, and Eastern Europe in general. We are going to talk about Communism, America, Atheism, Religion — there’s going to be a lot of issues thrown together here. I hope you like it. Today’s episode is called “Winter but never Christmas — Stories of the holidays in Sarajevo”

When I think of doing a podcast about Sarajevo, it’s hard to know where to start. This was the first place that I lived outside of the US, and it’s a place of so many “firsts” for myself and my family. This is the first podcast in a series that will touch on many things that people ask about Eastern Europe. This series is the essence of the Bosnia Project — giving people in my homeland, the United States, a feel for what’s happening in the rest of the world, educating people about issues people care about here, and weaving my own story in where it is appropriate. I hope you enjoy it.

Sarajevo is a incredible place. It’s not a large city by Eastern Europe standards. The metro area boasts a population of about 500,000 — good enough for 10th place on the list of the biggest cities in the Balkans, depending on who’s counting. But there is enough history and culture in this place that one could spend a whole career, and still not come to the end of all there is to learn or do or see. That’s the reason I felt like it would only be wise to start off a podcast called “The Bosnia Project” by doing an episode about Sarajevo.

Now, you should know that There are many other cities in Bosnia and Herzegovi...

Why Is Bosnia Strategic?

Podcast Episode 4: What is Culture and Should We Make It?

Podcast episode 3: The Refugee Question in Bosnia and Herzegovina