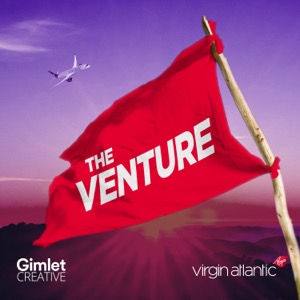 Kill Rock Stars: We Wanted Everything to Change

Kill Rock Stars is one of indie rock’s most respected record labels, known by fans for its superior taste in music, and by musicians for its ethical approach to business. Nirvana, Sleater-Kinney and Elliott Smith all have roots at the label. But there are a lot of bumps on the road, as you take a business from a one-bedroom apartment to the big time. Follow founder Slim Moon and current label president Portia Sabin, who happen to be married, as they face personal tragedy, their personal demons, and a massive change in their industry’s business model. Through it all, it’s a story about making a space for yourself, and putting people before profits.

The Venture is hosted by Ashley Milne-Tyte

Jessica Hopper, executive editor of MTV News and author of The First Collection of Criticism by a Living Female Rock Critic

Songs and Audio featured in this episode include:

“You Speak Jealousy” by Unwound

“Reject All American” by Bikini Kill

“Howl at the Moon (Instrumental)” by Werwulf

"We Think She's a Nurse" by Kinski

“Needle in the Hay” by Elliott Smith

Check out our Spotify playlist inspired by this episode, including many songs you heard in this story:

To learn more about The Venture, go to virginatlantic.com/theventure

Live in L.A. with Tinder and WeWork

Girls Who Code: Be Brave Not Perfect

Kill Rock Stars: We Wanted Everything to Change