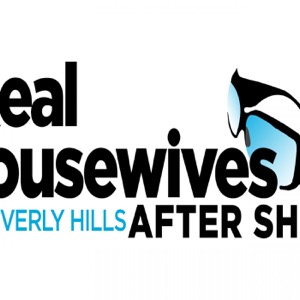 The Real Housewives of Beverly Hills Review and After Show

Join Jonny McGovern, Justin Martindale, Shawn Pelofsky, and Matthew Nouriel every week, live and on demand, for review and conversation about each new episode of RHOBH. Tweet in questions or comments to the hosts all week using the hashtag #RHOBHAS

Don't forget to follow us on Twitter @theStreamtv and The Real Housewives of Beverly Hills After Show hosts:

Stay connected with the housewives from RHOBH on Bravotv.com! Get exclusive cast blogs from your favorite housewives all week long here - http://www.bravotv.com/the-real-housewives-of-beverly-hills/blogs

The Real Housewives of Beverly Hills After Show Season 5 Episode 3 "Pay Attention to Me!"

Hollywood has been brought to its metaphorical knees by the pandemic. Production has stopped. Easy funding has dried up. Audiences are holed up and anxious. International alliances (China) may be broken. And no one knows when any of it will change.

Hollywood, The Sequel is a limited-run podcast series in which leading journalist John Horn asks some of the most important and influential people in film, television and entertainment at large (established stars and emerging taleånt) about how they hope Hollywood will change in this moment of severe disruption.