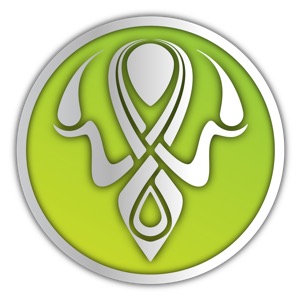 Creator of world quality events and purveyor of universal quality music, PsynOpticz is a forced to be reckoned with. A haven for the like minded and a hub of creativity, it has embraced all aspects of psy-culture. PsynOpticz has it's roots deep in mother Africa but has found it's home in hearts and dancefloors worldwide.

The concept of PsynOpticz was seeded in the thriving Cape Town indoor scene in 2006, where it flourished, providing the CT masses with cream of the crop local and international talent on a weekly basis. These events quickly gained an ardent following and were renowned for their stellar lineups, immersive psychedelic decor and energising vibe!

With this experience and ever growing support, it became inevitable that PsynOpticz branch out into the outdoors, providing South Africa with it's staple annual event, Jungala Festival.

It has its own special flavour and design, with the goal to create an all encompassing experience that removes you from the mundane and transports you to an interactive psychedelic wonderland, a completely synergistic and harmonious journey from beginning to end. These festival hosts fresh talent as well as headliners, both homegrown and from around the globe, establishing the network that would eventually culminate in the evolution of PsynOpticz from event organiser to a record label.

The mastermind behind PsynOpticz, Calvin aka SwiTcHcaChe, has developed a keen ear for prospective acts, being both organiser as well a DJ. By committing to bringing out new and exciting acts to Cape Town, he uncovered many artists that share his love for non-generic and energetic psychedelic music, and his desire grew to expose this incredible music to the unsuspecting psy masses. Currently, the PsynOpticz stable is represented by artists from around the globe, each bringing their own unique approach and sound to the psychedelic world stage.

The driving force behind PsynOpticz is their ignitable passion and deep love of the culture and music. The label grows from strength to strength daily, fueled by the positive response and endless smiles experienced on a PsynOpticz dance-floor, or anywhere the music is played and enjoyed.