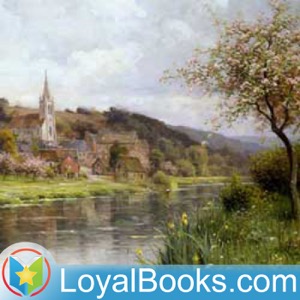 George Eliot's seventh and perhaps most famous novel almost didn't get written! It took birth as a short novella titled Miss Brooke but she was unhappy with its progress and finally in despair, she decided to put it aside for a couple of years. Meanwhile, personal problems intervened and when she took up the project again, it was with a renewed sense of creativity.

Middlemarch: A Study of Provincial Life first appeared as an eight-part serial novel in 1871-72. In 1874, it was finally compiled into a full length novel and attained instant fame and success. Planned and executed on an epic scale, it is a monumental work that brings together many streams, plot ideas, characters, social and economic concepts and the author's deep concern for the issues of the day. Women's status, the industrial revolution, the disappearance of rural England and the rise of the newly rich and brash middle class, politics, sexual mores, morality, religion and marriage were some of the many viewpoints explored in this very significant work.

Set in the fictitious Midlands town of Middlemarch, the plot contains three main themes which are connected through a complex maze of relationships and devices. Dorothea Brooke is a gentle and idealistic young woman who seeks a noble cause that she can dedicate her life to. She is well-off, good-looking and engaged to be married to a wealthy neighbor, Sir James Chettam. However, her life takes an unexpected twist when she meets the older, scholarly Edward Casaubon, an equally wealthy clergyman who has undertaken to write an important thesis on mythology. A hurried marriage and honeymoon in Rome follow, during which Dorothea is rapidly disillusioned by Casaubon's cold and emotionless personality. Her emotions are now centered on Casaubon's young cousin Ladislaw but her husband becomes furiously jealous of this friendship. Another plot concerning an idealistic doctor, Tertius Lydgate and the mayor of Middlemarch's beautiful daughter Rosamund, is woven with the story of Rosamund's feckless brother Fred and his childhood sweetheart, Mary Garth. These three plot lines are skilfully brought together in what many have called “the greatest novel in the English language.”

Peopled with a host of interesting characters, Middlemarch has remained one of the must-reads in English by virtue of its magnificent scale and scope. It won great acclaim for its author, Mary Ann Evans who chose to write under the pseudonym George Eliot. The book has been adapted for stage, screen and television several times and each succeeding generation has found something of great depth and relevance in it. George Eliot's wry wit and subtle humor make it a delightful read for young and old alike.