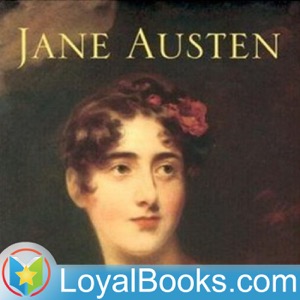 An epistolary novel, Lady Susan is an early work by Austen that was posthumously published in 1871. The short novel focuses on the self-serving eponymous anti-heroine, as she cunningly maneuvers her way through society in search of a wealthy husband for both her daughter and herself. Disregarding anything but her own selfish goals, Susan employs her charms to lure men and draw them into her web of deceit, no matter their age or status. Exploring issues including morals, manners, self-indulgence, malevolence, and social machinations, the relatively short novel is sure to fascinate with its atypical form.

Comprised of forty-one letters, the novel introduces Lady Susan Vernon, a beautiful recent widow in her thirties, who is allowed to stay with her brother-in -law Charles Vernon and his wife Catherine in their family home. Apparently, this move is initiated after Susan is sent packing from the previous residence where she had been residing, due to the exposure of her flagrant affair with a married man. The novel also focuses on Frederica, Susan’s timid 16-year old daughter, who is terrorized by her mother, as Susan tries to marry her off to the wealthy, yet fatuous Sir James Martin against her wishes. Furthermore, Susan’s skills in manipulation are confirmed when Catherine’s younger brother arrives to meet the notoriously scandalous woman, whose name is attached to many raffish rumors. However, having a way with words, Susan effortlessly manipulates and twists the disreputable gossip to her favor and even has the man converted to the position of advocate. Her true nature is revealed through her correspondence with her friend Alicia Johnson, to whom she reveals all her schemes, contrivances, and the true depth of her unscrupulous nature.

Austen effectively employs the epistolary format in her writing, allowing the audience to gain an insight into the characters, their emotions, schemes, and artifices. Unlike Austen’s most notable female characters, who are typically guided by principled objectives, Lady Susan is in contrast guided simply by her egocentric ways. An exciting view of Austen’s early attempts to write in the epistolary format, Lady Susan presents a melodramatic piece full of details, descriptions, provocative characters, and a well-deserved taste of one’s own medicine.

Jensen Karp, comedy writer and producer, sits with his mother, Haroldine, a few times a month to give advice to listeners who are brave enough to send in relationship questions to [email protected]

The Smartest Man in the World

Comedian Greg Proops is smarter than you.