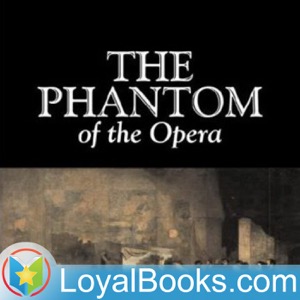 The Phantom of the Opera by Gaston Leroux

A masterly mix of romance, drama, mystery, suspense, love and jealousy, The Phantom of the Opera by Gaston Leroux will haunt you long after you've turned the last page.

Today the world knows it by Andrew Lloyd-Webber's long running musical on stage and its 2004 film adaptation, and earlier from Lon Chaney's screen portrayal of the dark intruder who roams the Paris Opera House. However, Gaston Leroux's novel was first released as a serial in the French magazine, La Gaulois over four months in 1909-10.

Gaston Leroux, himself led an extremely colorful life. Born into an immensely wealthy family, he had to abandon his early dreams of becoming a writer and began studying law. As a student, he inherited millions of francs on the death of his father and embarked on a debauched life which culminated in bankruptcy. Leroux then went to work as a journalist. He covered crime and theater and traveled extensively. He was almost forty when he took up writing as a full time profession. Detective fiction, plays, novels and tales of mystery were his forte.

The Phantom of the Opera was translated from the original French by Alexander de Mattos. A tale of fatal obsession, it owes its inspiration to classic fairytales like The Beauty and The Beast, where physical ugliness leads a person to seek anonymity. Erik is a young man, tormented by his physical deformity. He runs away from home as a child and hides his hideous visage in the vast cellars of the Paris Opera House. As he grows, so does his knowledge of music. He falls in love with a young singer, Christine Daae, whom he lures into his lair with his angelic singing. This fatal attraction takes a tragic turn as Christine and her fiancé Raoul are caught in a web of horror and deceit.

As a classic Gothic novel, The Phantom of the Opera is matchless in the atmosphere of mystery and evil that it evokes. However, it is also a story of human tragedy and the cruelty we practice on those who look different. The novel is structured in a very interesting way—it's in the form of bits of information available from journal entries, police reports, interviews alternating with first person accounts.

Fler avsnitt av The Phantom of the Opera by Gaston Leroux

07 - Faust and What Followed

Pioneering icons of music, and two-time Rock and Roll Hall of Fame Inductees, David Crosby, Stephen Stills and Graham Nash made a brief stop on their 2013 European tour to discuss their most recent live album and film CSN 2012, their incredible career as a legendary supergroup and their newly released iPad app the Crosby, Stills & Nash Official App. Moderated by Peter Radszuhn at the Apple Store, Kurfürstendamm in Berlin.