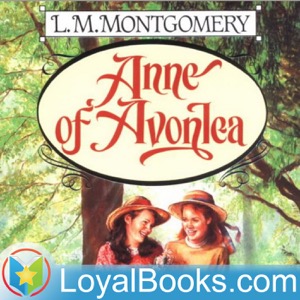 If you've read and loved Anne of Green Gables you will surely be delighted to follow Anne's further adventures in Anne of Avonlea. In this sequel, we find Anne Shirley teaching in Avonlea School though she continues her studies at home with Gilbert Blythe.

Lucy Maud Montgomery first published the best selling Anne of Green Gables in 1908. Enthused by the amazing success of this account of a young orphan girl who arrives by mistake on Prince Edward Island, Canada, the author followed it up with five more sequels, tracing Anne's career and life. Three other books and a couple of collections also feature Anne, her family, children and friends. The series has remained one of the firm favorites of children and older readers.

Anne of Avonlea was published in 1909, immediately after the first book. It contains several of the characters present in the previous book, so readers get a feeling of comfortable continuity as they follow Anne in her new role as a student teacher. She is now officially a grownup person and part of the adult society of Avonlea village and soon plunges into a series of situations in which dismay and delight have equal share. The book has a blend of old and new characters. Her best friend, Diana Barry, her foster mom Marilla Cuthbert, Jane Andrews her favorite teacher, Gilbert Blythe her enemy turned friend and Priscilla Grant an old classmate are people the reader would have met in the earlier book. New characters like the crotchety Mr. Harrison, who owns a rude parrot appropriately called Ginger, the twins Dora and Davy Keith, Paul Irving and a few more provide lots of fun and entertainment.

Anne remains as delightful as she was in the earlier book, getting in and out of various scrapes of her own creation, imaginative, gutsy and full of spirit and joie de vivre. Towards the end of the book, we find her and Gilbert charting out their future careers and planning to start university life in Redmond College which of course keeps readers eagerly awaiting the next book in the series!

Touches of romance, flashes of Montgomery's typical tongue in cheek humor, a lively and interesting heroine, wonderful descriptions of the Canadian landscape and the idyllic Prince Edward Island countryside and a host of memorable characters make Anne of Avonlea a great read especially if you're continuing on with the entire series!

All books in this series:1 Anne of Green Gables2 Anne of Avonlea3 Anne of the Island5 Anne’s House of Dreams7 Rainbow Valley8 Rilla of Ingleside

02 - Selling in Haste and Repenting at Leisure

06 - All Sorts of Conditions of Men…And Women

10 - Davy in Search of a Sensation