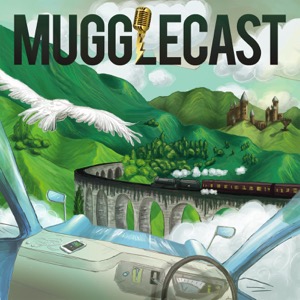 Podcaster Rss
Dela
Dela på Facebook Dela på Twitter
Main Discussion: Celebrating Pride Month in the Harry Potter fandomAndrew, Meg & Katie share their personal experiences of coming out and the feeling of safety in the Potter fan communityWhat is it about the Harry Potter fandom that makes it a welcoming place for diversity? What have the hosts noticed about inclusion at Potter events?What’s a “different” thing about the other hosts that the fandom didn’t judge them for?Why was it such a big deal to reveal Dumbledore's sexuality? What other gay characters were in pop culture at the time?How important is it for us to remember the time at which the Harry Potter series was written?Does the lack of an LGBTQ+ character in the Harry Potter series speak to its larger diversity issue?Would J.K. Rowling  have viewed including a gay character as a risk? Would publishers be concerned about how parents might react to a gay character? We discuss the possible sexualities of several Potter characters, including Nymphadora Tonks, Charlie Weasley, Remus Lupin, Sirius Black and moreQuizzitch: A witch named Glenda Chittock hosts this program on the Wizarding Wireless Network, dedicated to interviewing musicians. What is the name of the program? Visit MuggleCast.com/Quizzitch to submit your answer!This week’s episode is sponsored by MasterClass (Get 15% off an annual subscription at MasterClass.com/mugglecast) and MeUndies, makers of the most comfortable underwear (get 15% off your first order at MeUndies.com/mugglecast).

Support us on Patreon and receive magical benefits, like access to our recording studio, Bonus MuggleCast, a personalized thank you video from one of the hosts and more!