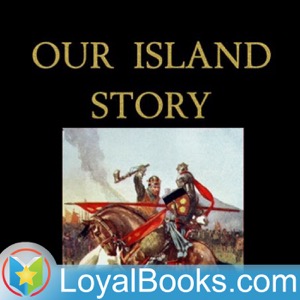 Tailored specially to make history more palatable and interesting to children, Our Island Story, by Henrietta Elizabeth Marshall, is a charmingly illustrated volume that promises hours of delight for parents as well as children.

Beginning with the myths and legends about Albion, the author ensures that she captivates the child's imagination from the very first page. Unlike today's dry and non-committal history tomes that are prescribed in schools, Our Island Story is full of lyrical prose, literary allusions, heroic and tragic characters, the hunger for power and the glory of empire. There are strong elements of folklore, fairy tales, popular legends and a sense of the dramatic. It renders history full of the people who made Britain what it is today and gives modern readers a glimpse into what went into the creation of the once invincible British Empire.

Our Island Story was first published in 1905. The period it covers begins with the Roman Occupation of Britain and ends with the Victorian Era. Henrietta Elizabeth Marshall utilizes a fascinating blend of fact and mythology to create a composite picture peopled by colorful characters, driven by ambition, honor, greed or lust to wield power over their fellow men. Wars and rebellions, assassinations and assignations, explorers and extremists, religion and romance are all wonderfully captured in this superbly constructed book.

For young readers, Our Island Story presents what could be a mere succession of dry dates and titles in a memorable and engaging form. Older readers would find that the conversion of history into something that is vivid, dramatic and human makes them appreciate how present events have been shaped by the past.

Our Island Story (originally titled Our Island Story: A History of England for Boys and Girls) was an instant best-seller when it first came out and has remained a popular choice for schools, libraries and individual readers. The author, Henrietta Elizabeth Marshall was a writer of children's books and nothing much is known about her personal life. Some critics have pointed out that there are many historical inaccuracies in her writings and she often relied on unorthodox sources for her information. However, it cannot be denied that her writing style is extremely attractive, easy and gives the reader that much needed push to further research, which is what every good book should do.

Children as young as nine would be able to read this book on their own, while younger ones would enjoy a read aloud with parents.

001 – The Stories of Albion and Brutus

009 – The Coming of Hengist and Horsa

Download and subscribe to the Sesame Street video podcast featuring the furry and loveable Muppets of Sesame Street. Sing songs with Elmo, Abby, Cookie Monster and Grover. Learn about friendship, patience and sharing with Bert and Ernie. Celebrate sunny days with all of your favorite Muppets with new episodes every Monday!