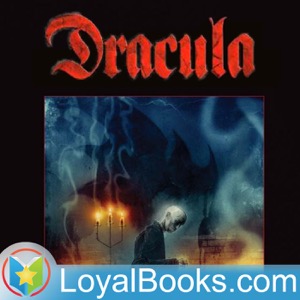 Dracula tells the tale of a sinister Transylvanian aristocrat who seeks to retain his youth and strength by feeding off human blood.

The author, Bram Stoker, a young Victorian theater professional, was probably inspired by the strange epidemic of vampirism that occurred in remote parts of Eastern Europe in the 17th and 18th centuries. These stories were recounted by travelers who later arrived in England and other parts of Western Europe. Stoker initially meant the tale to be written as a play in which he wanted Sir Henry Irving, a leading Victorian actor, to play the role of the malevolent Count Dracula. However, as circumstances would have it, Irving never played the part and Stoker's story finally took the form of a novel.

The book, published in 1897, is constructed in a very interesting format. The story is told via a set of letters, diary entries, ship's logs and newspaper reports. It begins with the journey of a young lawyer, Jonathan Harker, who is traveling to Transylvania on his legal firm's business, to finalize the transfer of a property in England to an East European aristocrat, Count Dracula. Harker is initially charmed by the suave and debonair count's hospitality, but gradually comes to realize Dracula's malevolent intentions.

The plot takes up the tale of various other people in the story – Harker's fiancée Mina, her friend Lucy, a former suitor Dr Seward and his teacher, Professor Van Helsing. A host of other characters adds to the twists and turns in the narrative.

Dracula represents the dawn of Gothic horror fiction in the contemporary era and its earliest reviews called it “blood-curdling” though it didn't receive much commercial success. However, it really caught the public imagination with its American publication in 1899, and in the 20th century, when film and television versions began to appear. Today, Dracula-theme tours are one of the hottest attractions in countries like Romania in Eastern Europe and studies have uncovered the historical figures who actually existed behind the fictional character of the evil count.

A great read for a dark and gloomy night. Just make sure your windows are tightly shut!

A monthly reading and conversation with the New Yorker fiction editor Deborah Treisman.