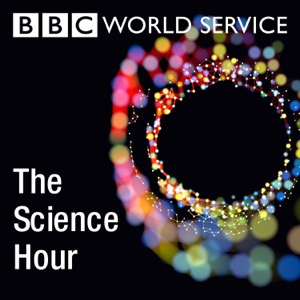 Although vaccines will go a long way to reducing the number of cases of Covid, there’s still a need for other approaches. One of these could be an engineered biomolecule, designed by virologists Anne Moscona and Matteo Porotto, that blocks SARS-CoV-2 precisely at the moment it tries to enter cells in the nose and upper airways. Roland Pease talks to Anne Moscona about this “molecular mask”.

We’re already beginning to see really encouraging analyses showing that Covid vaccines are performing as well in the real world as was promised by last year’s trials. Shane Crotty of the La Jolla Institute for Immunology discusses progress so far and the question of one dose or two with Roland.

Lives can be saved if there’s an early warning system for earthquakes and tsunamis. Seismologist Zhongwen Zhan at CalTech has been experimenting with a newly installed 10,000 km cable laid along the Pacific coasts of north and south America by Google, all the way from Los Angeles to Santiago. What he was looking for were subtle changes in a property of light that’s important to IT engineers, and can detect subsea earthquakes.

We are still sending too much waste to landfill sites. At the Commonwealth Science Conference this week Veena Sahajwalla of the University of New South Wales explained how she is creating small scale factories that can use discarded objects such as ceramics and textiles to make new products.

Listener Paula from Kenya is a computer scientist, she can’t help but notice the inequality in her workplace.

With only 1 in 10 countries having female heads of state, there is no doubt that men are in charge.

Paula wants to know if there is any scientific underpinning to this inequality? Perhaps it can be explained by our brains and bodies? Or does evolution weigh in?

Or maybe it is all down to society and the way we raise our boys and girls. The toys and ideals we give our children must surely have an impact.

And most importantly, if we want a world run by men and women equally, how can we get there? We hear how Iceland became the most gender equal country in the world.

Presented by Marnie Chesterton. Produced by Caroline Steel for the BBC World Service