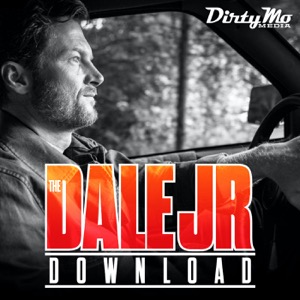 Danny Earnhardt Sr.: All in the Family

Racing has always been a family affair for the Earnhardts. Dale Earnhardt Jr. decides to sit down with his uncle, Danny Earnhardt Sr., about life as one of the most low-key parts of the Earnhardt racing legacy. Danny gives us a peek at what life was like growing up on Sedan Avenue in Kannapolis, NC as the son of a dirt track legend, Ralph Earnhardt. What were the Earnhardt children like growing up? He tells us about a path from playing in the streets and flunking fifth grade to working in the famed garage preparing Ralph's stock cars. Dale gets Danny to open up about when the family lost their patriarch to a heart attack in 1973.

This family isn't a simple one. Danny and Dale Jr. outline how three racing families, the Earnhardts, the Eurys, and the Gees became one.

It wasn't always racing for Danny, life at the Mill in Kannapolis was hard work, but a choice for the quiet gentleman. All the while, he kept weekends for racing, Danny was always there for Dale Sr. in his racing career from working in the shop, pitting the cars, to being his biggest fan in the stands. He tells a never-told story of Dale Earnhardt's first laps on pavement at North Carolina's Hickory Motor Speedway. When some third-generation driver named Dale Earnhardt Jr. came along, it was Danny who bent his brother's ear about the young driver's talent and promise.

The story could've been over in February of 2001 after the death of Dale Earnhardt Sr. But, Dale Jr, Danny, and the rest of the family carried on with the strength and grit that is known from this family. Nephew and Uncle talk for the first time about that day and how they spent the moments after the crash in Daytona.

Before Danny arrives, Dale Jr. and co-host Mike Davis share their thoughts about the NASCAR weekend at Bristol that included a spectacular finish in the Xfinity Series and a post-race dust-up between Chase Elliott and Kevin Harvick. What's their take on the fireworks between the two angry drivers? Also, Dale Jr. phones Xfinity driver Kyle Weatherman after wrecking his bumper in the recent Richmond race.

In AskJr presented by Xfinity, Dale is asked if he's ever impeded the finish of a race. He also gives his hot-take on the 2021 NASCAR schedule and what he thinks about Bristol's return to dirt racing. Plus, what Lost Speedway in Wilkes County, NC should think about a dirt surface of its own. Dale and the DJD gang of Matthew Dillner and Leah Vaughn talk about their favorite racing destinations if Dale Jr. brought a Motorsports time machine to the Bojangles Studio.

That and much more!

Fler avsnitt av Danny Earnhardt Sr.: All in the Family