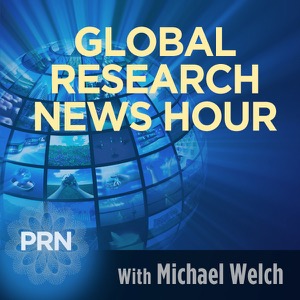 Politics has been called a rigged game, with elites using money and

organizational resources to pull the puppet strings of most candidates

for high office. However, the entrance into the race for US president of

candidates Bernie Sanders and Donald Trump who both reject funding from

William Blum is a long-time critic of US foreign policy. He has authored five books including his most recent, America’s Deadliest Export: Democracy – The Truth About US Foreign Policy and Everything Else. He also publishes the “Anti-Empire Report” on his site www dot williamblum dot org.

In this interview, Blum outlines his reservations about Hillary Clinton

and Bernie Sanders, the problematic media coverage of the campaign, and

the astonishing view that Trump may actually be the less objectionable

in certain respects than both Sanders and Clinton.

Mark Robinowitz is publisher of oilempire dot us,

a political map to connect the dots.  He has been a writer, political

activist, ecological campaigner and permaculture practitioner for over

three decades.  He is also author of the forthcoming Peak Choice:

cooperation or collapse, an uncensored guide to Earth, energy and money.

In this interview, Robinowitz equates the choice between the Democrats

by the electric chair. He outlines the mechanisms employed to stop any

threat to the establishment from ever becoming elected president. He

also explains how the energy and economic decline is becoming reflected

in the politics of the Trump campaign.

Global Research News Hour - Fukushima At Five: Reflections on the Crime, the Cover-up and the Future of Nuclear Energy - 03.14.16