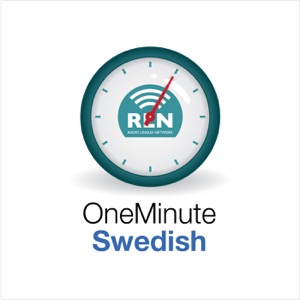 It’s five years since we launched the first lesson of Coffee Break Spanish, and since then we’ve served up millions of language lessons to learners around the world through our podcasts, our enhanced lessons and our ebooks. We’re delighted today to announce five new courses, and we’ll also be letting you know about a few exciting projects which are due to be launched early in 2012.

¡Empecemos con el español! On the 18th October 2006 we began with Spanish, and we’re doing the same today. Today we’re delighted to launch a brand new Spanish show. When you’re learning a language on your own, or if you don’t have access to a teacher or a native speaker, it’s difficult to get the answers you need to help you make progress. We receive questions almost every day from learners through posts on the website, emails, voicemails, tweets and Facebook, and we decided that the best way to deal with all of these questions would be to launch Q&A Spanish: you ask the questions and we provide the answers. Q&A Spanish will be hosted by teacher and languages expert JP Villanueva and native Spanish speaker Nahyeli Mendivil, so you have the best of both worlds! Each week they’ll help you develop your confidence in Spanish further by providing tips and examples of Spanish vocabulary, usage and grammar. Q&A Spanish starts today, so you can already subscribe to the podcast. Click here to find out more about how you can take part in the show.

We’re also delighted to be announcing a brand new French video show. In On Location French you can join Sophie who is a UK student currently studying in Paris. She’s there for a year and she’s agreed to be our “correspondent”, bringing us weekly reports on interesting expressions she learns as she interacts with native speakers every day. Sophie will also be providing some cultural input as she gets to know the city, and we’re really looking forward to finding out more about her experiences in Paris in her weekly videoblog. Find out more and watch the episodes at the On Location French page.

We’re delighted to be launching three new courses in our ever-popular One Minute Languages series. One of the most requested languages over the past few years has been Dutch, and we’ve decided to produce a Dutch and Flemish version of the course. Both languages are very similar – Flemish is the variety of Dutch spoken in Belgium, and of course Dutch is spoken in the Netherlands and in other countries around the world such as Suriname and Aruba. One Minute Dutch launches on Thursday 20th October and One Minute Flemish will be published on Fridays from 21st October. We’ve also been asked many times to produce an Arabic version of our One Minute Languages course. One Minute Arabic will run for ten weeks from tomorrow, Wednesday 19th October. We’re concentrating on Modern Standard Arabic which will ensure that as a learner you’ll be understood across the Arab world, from Casablanca to Kuwait. With these latest additions to the One Minute Languages series, we now cover 26 languages, from Arabic to Zulu making Radio Lingua your first stop for language-learning on the go, literally from A to Z!

What’s coming down the line?

There may be some of you who are looking forward to a third season of Coffee Break Spanish. We’re working on this at the moment and by the time the reruns of Show Time Spanish end in January we should be ready to go with Coffee Break Spanish Season 3...