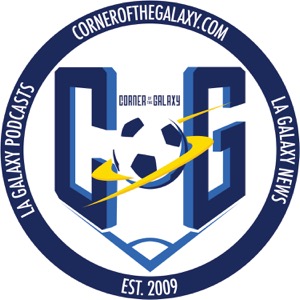 Corner Of The Galaxy

Corner of the Galaxy is a weekly Internet Radio Show dedicated to covering the LA Galaxy. Founded in 2009, we're closing in on 1,000 shows that focus on one the most interesting team in Major League Soccer.

We've featured many high-profile interviews, including:

It is our mission to provide you first-class LA Galaxy information in a timely, professional, and entertaining fashion. And with many of our co-hosts holding media credentials for the LA Galaxy, you are getting first-hand knowledge from some of the brightest minds in the media and beyond. We'll give you our opinions, and we'll strive to keep you entertained while you learn of the latest happenings across the wide Galaxyuniverser.

Of course, CoG isn't just a show. It's also a group of passionate people. And without the fans, the listeners, and the beautiful community that supports soccer in southern California, this LA Galaxy podcast would never have been around for so long. We're 14 season's into a lifetime of Galaxy coverage.

So what are you waiting for? We've got tons of LA Galaxy information to break down, and we're always planning our next show. We'll see you at StubHub Center.

Chicharito back for 2023. LA Galaxy have all the momentum heading into RSL match.

The most significant game of the year? LA Galaxy head for another Cali-Clasico

Will PKs destroy the LA Galaxy? And why Vancouver is the most important game on Wednesday for LA

LA Galaxy head to Nashville with the playoffs just out of reach.

The one where we overreact to Puig's goal and Costa's play. How tough will the SKC game be?

The one where we overreact to Puig's pass and the Galaxy's road win. Can they do it again?

All you need to know about Newcastle United from BBC Radio Newcastle’s Simon Pryde and Matthew Raisbeck.

Hello Everyone! I'm agadmator, founder and content creator of agadmator's Chess Channel.I will be inviting some guests from the chess world (and beyond). Hope you enjoy :)

Geelong Advertiser sports journos Josh Barnes, Ollie Nash and Matthew Forrest give you all you need to know about the Geelong Cats