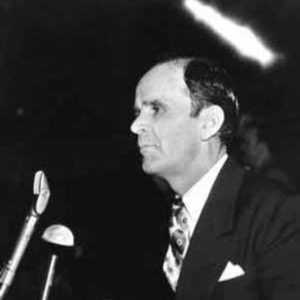 Leaving the "Message" is hard. Many former members have told me that it was the single most difficult thing they have had to do. In the "Message", we were very close. Most of our family was in it, most of our friends were in it, and in many cases, most of our lifestyle was bound strongly to the "Message".

Over the years, we have worked with many people who have escaped. We quickly learned that every individual who left the "Message" was different and unique. There is no standard answer that can be given for the question, "Why did you leave?" Some people left because they found a specific doctrine that was in disagreement with the Bible, or that was hurtful to other Christians. Others left when they learned that some of the things William Branham said were untrue, and they knew that those things were fundamental to the "Message". Some people left because they were abused, physically and/or sexually, and learned that William Branham supported abuse and harbored men in his inner circle who were abusers. Others began to recognize the patterns of speech used in Branham's sermons and began to realize that verbal and emotional abuse was a significant part of his ministry. Some people experienced what they described as simply "waking up", and wanted to learn more about why they were "asleep" and how any of this made any sense to them. After a person leaves the "Message", it takes a very long time for people to begin to understand what had happened to them and why. Only after several months, sometimes years of examining the facts, do those who escape start to realize that they were taken advantage of. Those who escape and remain Christian then reassess why they left, and very commonly revise their answer to this common reason: William Branham's "Message" was fully intended to sever the Body of Christ,

Christians who come to this realization also begin to notice passages from the Bible that describe exactly what happened to them. Some of those passages, when read in today's language instead of the Queen's English of the 1600s, suddenly come alive. Colossians 2, for example, describe the message almost in its entirety:

Do not let anyone who delights in false humility and the worship of angels disqualify you. Such a person also goes into great detail about what they have seen; they are puffed up with idle notions by their unspiritual mind. They have lost connection with the head, from whom the whole body, supported and held together by its ligaments and sinews, grows as God causes it to grow. - Col 2:18-19

Whether you are a Christian and are thinking of leaving the "Message", you have become disgusted with Christianity having been unduly influenced to believe that the "Message" theology is "Christian", or have just learned that the "Message" was destructive and corrupt, you have one thing in common: you need resources and you need to heal. Then you begin searching.

When people who were unduly influenced by the "Message" begin searching for answers, there is another thing they find in common: the information is overwhelming. There are SO many articles on several websites or blogs, and at first, none of them make any sense. Some topics seem so inconsequential and do not seem like something worth even mentioning. Others seem infinitely complex, and seem like they need an advanced level education in "Message" history to unravel.

Leaving the message is a podcast intended to help people who have been influenced by the ministries of William Branham, his successors, or destructive religious groups that formed as a result of William Branham's ministry and revival meetings. William Branham was a very Charismatic minister and evangelist from Jeffersonville, Indiana, who was lifted into popularity among many Christian denominations as the leader of the Post WWII healing Revival. Using various stage personas, Branham tailored his speeches to fit his intended audience, resulting in confusion and ultimately splinter-groups based on Branham's own cult of personality. Our goal is to examine this confusion, educate others as to why each issue was important, and simplify each detail for researchers and cult members alike. For those about to "leave the message" we will examine the most important question:

"Was I trained to believe something that originated by God or the Bible? Or was it simply the result of one man's mission to become the central figure of a personality cult designed to influence a nation during political turmoil?"

The Gospel of Divine Healing

The Rapture of the Elite

Introduction to Leaving the Message

Connecting You with God and Others

This is the podcast page for Ben Bergren. He is the Lead Pastor of Bethel Lutheran Church of Cupertino, CA. Ben teaches with relevance and passion. Listen in each week as he teaches from the Bible.

By this we know that we love the children of God, when we love God and obey his commandments. For this is the love of God, that we keep his commandments. And his commandments are not burdensome” (1 John 5:2–3). The word “Theonomy” comes from two Greek words, theos (God) and nomos (law). Together, these words simply mean “God’s law.” Since every Christian has some view of the role of God’s standards for living, every Christian believes in “Theonomy” to some degree. What has come to be called “Theonomy,” however, is a particular view of the role of God’s law that includes the application of aspects of Old Testament law to all of life including the social realm and civil government. Those who hold to this view are properly called “theonomists.” The Bounds of Love mostly concentrates on this more specific view. Dr. Joel McDurmon’s The Bounds of Love is a new introduction to Theonomy, the view that Scripture, including the law of Moses, contains abiding principles for civil government. The book is written with exceptional clarity. It reviews the traditional case for theonomy developed by Rushdoony, Bahnsen, and North, and it adds some creative approaches to controversial questions. For example, McDurmon develops a new approach to the question of what laws carry over from the Mosaic covenant to the New, and which do not, and he presents an attractive and detailed portrait of what a theonomic society would look like in the twenty-first century.