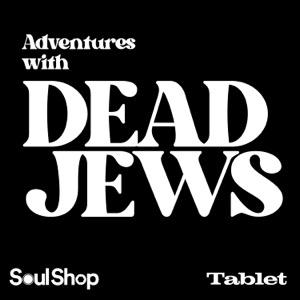 Holocaust education has proliferated in the United States, along with a nationwide emphasis on anti-bias education. But recent years have also seen an undeniable rise in antisemitism. How did we get here?

To find out, host Dara Horn rewinds back to the stunning success of Gentlemen’s Agreement, a 1947 Oscar-winning Hollywood blockbuster in which Gregory Peck plays a journalist who poses as a Jew in order to expose American antisemitism. The movie’s premise is hilariously blunt: People shouldn’t hate Jews, because Jews are Just Like Us! Of course, this premise contains an unspoken compromise: If Jews aren’t Just Like Us, hating them might actually be fine after all.

To investigate this requirement that Jews erase their differences in order to deserve respect, we go back to a bizarre moment in 1806, when Napoleon convened an ancient rabbinic court to ensure that the Jews were sufficiently Just Like Us. In this bizarre Napoleonic game show and the spectacular gory failures that unspooled from it, we can begin to see the unarticulated limits of what we now think of as diversity—and to consider, in profound ways, how we might do better.

Rachel Gordan’s most recent work on Gentleman’s Agreement, Laura Z. Hobson, and twentieth century American Jewish culture can be found here, here, and here. Jonathan Helfand’s work on Jewish identity in France can be found here and here. For further background, see also Napoleon, the Jews, and the Sanhedrin and The Affair: The Case of Alfred Dreyfus.