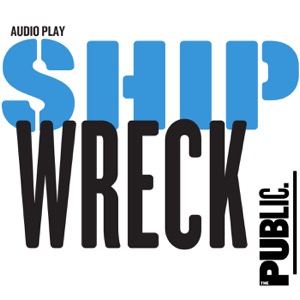 Shipwreck: A History Play About 2017

Shipwreck: A History Play About 2017

Original Music Composed and Performed by The Bengsons

In Fall 2020, as the election draws near, tune in to a searing and searching new audio drama from acclaimed playwright Anne Washburn about America’s present-day divisions, seen through the eyes of the very recent past. SHIPWRECK centers on a group of liberal friends gathered at an upstate farmhouse on a day of crystalline beauty. While the weather outside grows increasingly apocalyptic and the conversation within grows precariously honest, the group discovers that in turbulent times, every dinner invitation comes at a cost. Slated to be a stage production in The Public’s 2020 season, SHIPWRECK has been re-worked specifically for an audience listening from home or headphones. Saheem Ali directs this harrowing and hilarious masterpiece about race, religion, family and the nightmarish fallout of the American experiment.

Something Borrowed Podcast With Harry Baker

The Dance Edit Podcast, hosted by editors from Dance Magazine and Dance Spirit, is a weekly 15-minute breakdown of all the news that's moving and shaking the dance world. Because if you want to know more about dance, you should get your information from the people who nerd out about it for a living.

Rachel Corbett interviews well-known media personalities and celebrities to find out exactly what it takes to make it in show business.

The podcast of creative conversations, Putting it Together is released every Wednesday. Each week features a fascinating interview with a creative person: meet actors, musicians, writers and creatives from all parts of the industry and discover how they got started and what the job means to them. Once a month, Putting it Together is presented in partnership with the National Theatre of Scotland!

Join Ewan Spence and ESC Insight as they take you on the journey that is the Eurovision Song Contest. From an introduction to the contest and rules, through the songs chosen by each country to backstage at the stadium, this is your unofficial guide to one of the world's favourite television shows, with over 200 million viewers worldwide each year.