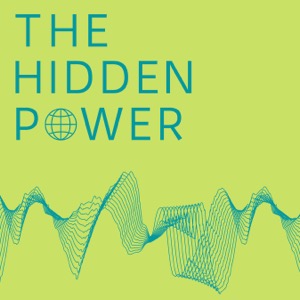 Eliminate institutionalised bribery: No one shall benefit financially or electorally, directly or indirectly, now or later, from a decision in which they are involved or have influenced.

There is a Grey Area. Not a clearly defined circle of criminality, but a vast zone of stasis and obfuscation which represents an almost impenetrable sea wall to buffet back waves of improvement. It's not necessarily easy to perceive, and it exists as a cultural norm. But, versions of incentive - pensions, honours, remunerations and golden handshakes - used inappropriately as they often are, distort decision-making, contribute to inequality, and, cumulatively, along with the preferential lobbying discussed in a previous episode, are at the creeping heart of our corruption.

What is "institutionalised bribery"? How does it affect us? What would the implementation of this principle look like?

In this episode we consider the vital importance of boundaries, and conclude that - since, as we've seen in a previous episode, all root cause analysis of wrong things in government leads to preferential lobbying - this principle has the potential to be a silver bullet, clearing out the political system and opening the way to a vast landscape of beneficial change.

How is bribery institutionalised?

If one player cheats, the others lose interest

We can't quite grasp this soft corruption, but it degrades us

Job security and insecurity in politics

Effects of bribery and benefits of using this principle

Where do we see models of this?

The Treaty of Watangi (New Zealand)

The Treaty of Waitangi: