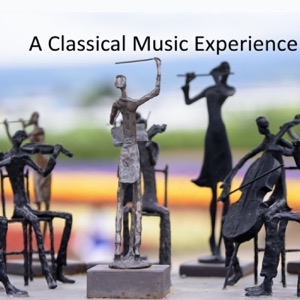 Works of classical repertoire often exhibit complexity in their use of orchestration, counterpoint, harmony, musical development, rhythm, phrasing, texture, and form. Whereas most popular styles are usually written in song form, classical music is noted for its development of highly sophisticated instrumental musical forms, like the concerto, symphony and sonata. Classical music is also noted for its use of sophisticated vocal/instrumental forms, such as opera. In opera, vocal soloists and choirs perform staged dramatic works with an orchestra providing accompaniment.

an opening Allegro in sonata form,
a slow movement,
a minuet or scherzo (in a triple metre, such as 3
4), and
a final Allegro.
These movements can then be further broken down into a hierarchy of smaller units: first sections, then periods, and finally phrases.

Performers who have studied classical music extensively are said to be "classically trained". This training may come from private lessons from instrument or voice teachers or from completion of a formal program offered by a Conservatory, college or university, such as a Bachelor of Music or Master of Music degree (which includes individual lessons from professors). In classical music, "...extensive formal music education and training, often to postgraduate [Master's degree] level" is required.

Performance of classical music repertoire requires a proficiency in sight-reading and ensemble playing, harmonic principles, strong ear training (to correct and adjust pitches by ear), knowledge of performance practice (e.g., Baroque ornamentation), and a familiarity with the style/musical idiom expected for a given composer or musical work (e.g., a Brahms symphony or a Mozart concerto).

The key characteristic of European classical music that distinguishes it from popular music and folk music is that the repertoire tends to be written down in musical notation, creating a musical part or score. This score typically determines details of rhythm, pitch, and, where two or more musicians (whether singers or instrumentalists) are involved, how the various parts are coordinated. The written quality of the music has enabled a high level of complexity within them: fugues, for instance, achieve a remarkable marriage of boldly distinctive melodic lines weaving in counterpoint yet creating a coherent harmonic logic.

The use of written notation also preserves a record of the works and enables Classical musicians to perform music from many centuries ago.

Vivaldi Concerto in F major for 3 violins, strings and harpsichord

The Dance Edit Podcast, hosted by editors from Dance Media, is a weekly breakdown of all the news that's moving the dance world. Because if you want to know more about dance, you should get your information from the people who nerd out about it for a living.

Two besties navigate race and the Black Experience in the world of Jazz Dance and other Afro-centric social dancing.

You can support us at:

Each week day RN Arts programs zoom in on a specific area of art and culture, brought to you by a specialist presenter. Subscribe to their podcasts separately by searching by name in your podcasting app.

Rachel Corbett interviews well-known media personalities and celebrities to find out exactly what it takes to make it in show business.

The podcast of creative conversations, Putting it Together is released every Wednesday. Each week features a fascinating interview with a creative person: meet actors, musicians, writers and creatives from all parts of the industry and discover how they got started and what the job means to them. Once a month, Putting it Together is presented in partnership with the National Theatre of Scotland!