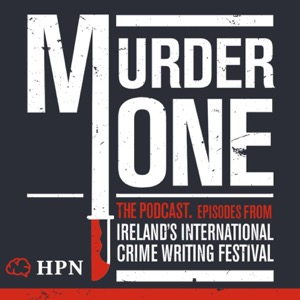 Murder One: The Podcast

In conversation with international bestselling crime writer Dr Paul Carson, Shepherd will take you into his world where he stares death in the eye.

As the UK’s leading forensic pathologist, Dr Richard Shepherd has faced serial killers, natural disaster, ‘perfect murders’ and freak accidents, all in the pursuit of the truth.

And while he’s been involved in some of the most high-profile cases of recent times, it’s often the less well-known encounters that prove the most perplexing, intriguing and even bizarre. In or out of the public eye, his evidence has put killers behind bars, freed the innocent and turned

open-and-shut cases on their heads.

In his bestselling memoir, Richard Shepherd gives a unique insight into a remarkable profession, and above all a powerful and reassuring

Paul Carson is a medical doctor and novelist (www.paulcarson.ie). Between 1986 and 1996 he published seven health books and two children’s novels.  From 1997 – 2013 he wrote six bestselling medical thrillers, Scalpel, Cold Steel, Final Duty, Ambush, Betrayal and Inquest.  These have been translated into nineteen languages.

Murder One is part of the HeadStuff Podcast Network

Music in this episode from X3nus at Freesound.org.

All About Agatha: John Curran and Andrew Wilson with Anna Carey