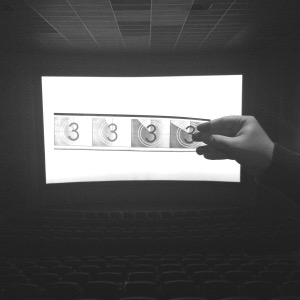 The FilmJerk Podcast is a regular podcast covering a wide variety of aspects of 1980s cinema. From distributors barely remembered and films long forgotten (if ever known) to the biggest actors and filmmakers of the decade, The FilmJerk Podcast will carefully curate a unique journey through a cinematic decade.

Episode 031: Kiss and The Elder

Based on a True Story

We've all seen the movies that claim to be 'based on a true story', but have you ever wondered how historically accurate they are? That's what we'll aim to find out as we compare Hollywood with history.

The Movies That Made Me

Filmmakers and entertainers discuss the movies that inspired them. Hosted by Oscar nominated screenwriter and TFH Guru Josh Olson and fearless leader himself, director Joe Dante.

The Movies That Made Me is recorded live in Hollywood and engineered by film composer Don Barrett.

In each episode, Patrick Hamilton and Gena Radcliffe unpack all the gory details of horror cinema's least discussed topic: the characters. From Friday the 13th to Nightmare on Elm Street and beyond, our mission is to detail each hack, slash, and decapitation in the hopes that a victim's untimely end is just the beginning of the jokes we can make about them.

Movie, television news, discussion and analysis from the writers at slashfilm.com.

Around the World in 80s Movies

Join film writer Vince Leo of qwipster.net as he takes a look back at the classics, cult films, foreign cinema and obscurities of one of the great decades for film lovers, the 1980s.

Slums of Film History is an in-depth podcast on niche film topics that aren't normally discussed in polite company. We take turns weekly discussing a single topic from everything to bodily fluids to T&A to exploding heads. If there is a film subject too taboo we haven’t found it yet. Welcome.

An ECFS Productions Original Podcast: Cinema Spectator is a film history podcast that takes away the pretense that usually comes along with learning about film. Each week, we tackle a "classic" of film history but do these films actually hold up for a modern audience? Can they entertain someone who grew up on Spider-Man reboots and Jim Carrey movies, or will they forever be relics of a bygone era?