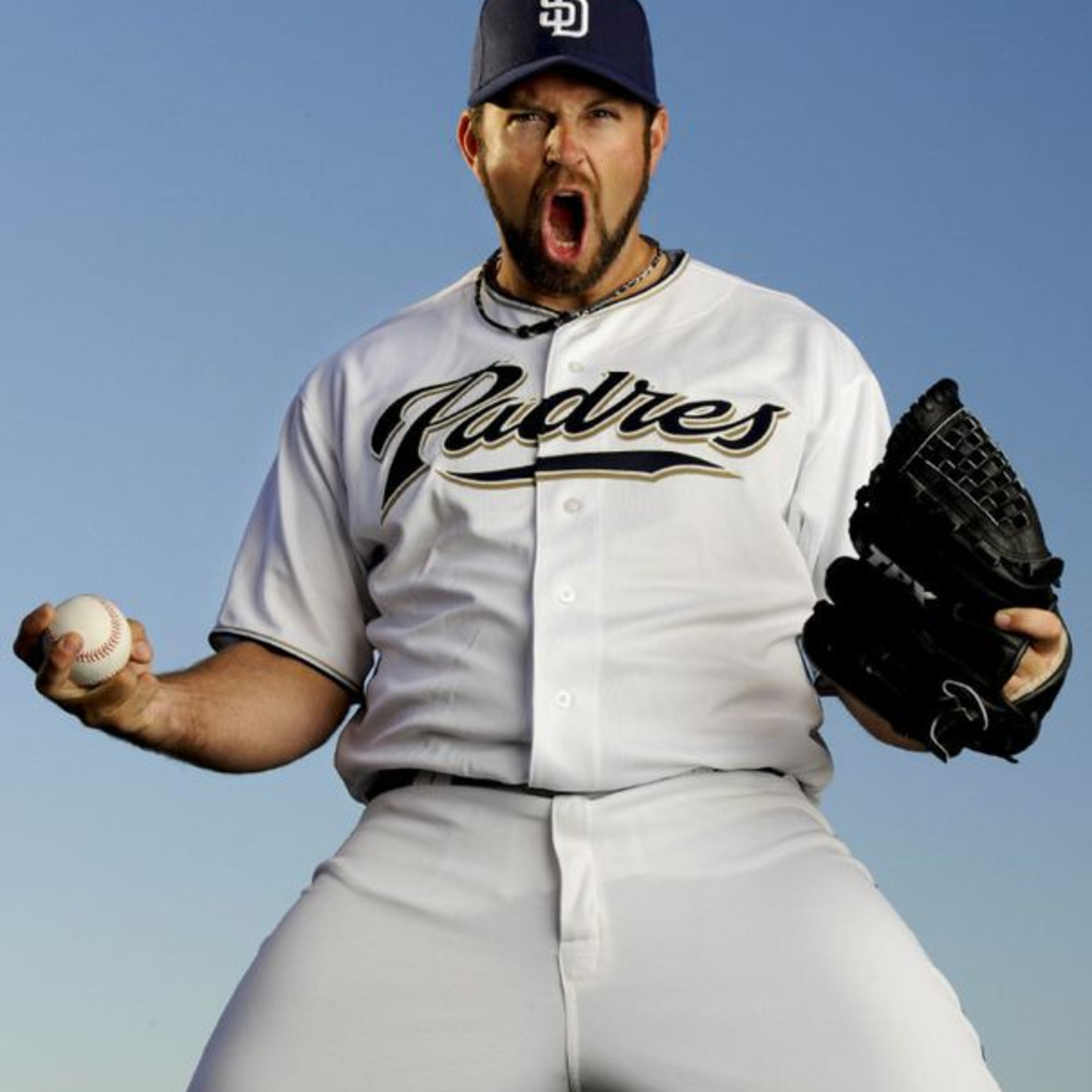 Slide into our 3x All-Star, former Reliever of the Year and baseball dad, coach Heath Bell

Heath Bell grew up in Southern California. He attended Tustin High School, it was there that he developed habits that would last a lifetime.

Undrafted out of high school, Bell attended nearby Santa Ana College (known briefly as Rancho Santiago College during his time there. Bell went 8-0 with a 2.17 ERA and nine saves for the Dons as a freshman en route to being named the Orange Empire Conference Co-Pitcher of the Year in 1997.7 He added 12 saves as a sophomore. Although those two seasons would eventually lead to his 2010 induction into the Santa Ana College Hall of Fame, his junior-college success guaranteed nothing in terms of a professional career.

Again defying his doubters, Bell was selected by the Tampa Bay Devil Rays in the 69th round of the 1997 draft. The 1,583rd of 1,607 players taken that year, he did not sign, later recalling that when the Devil Rays made an offer, “I actually forgot I got drafted.” Instead he signed with the New York Mets as a free agent the following summer, starting his career at Kingsport of the Appalachian League, where he posted a 2.54 ERA and led his team with eight saves.

Meanwhile, Bell’s life changed in other ways. He married his wife, Nicole, and adopted her young daughter, Jasmyne. Heath and Nicole had three children of their own: Jordyn, born with Down syndrome (“our blessing in disguise”10), Reece, and Rhett. Back on the field, Bell responded with a stellar return to Binghamton, notching a 1.18 ERA and six saves before a midseason promotion to Triple-A Norfolk. He enjoyed less success at the higher level and again posted pedestrian numbers in a 2003 encore but now found himself just one step away from the big leagues. From 2004 to 2006, Bell rode the proverbial shuttle between New York and Norfolk, often needed for stretches but never quite able to stick. And while his Triple-A performances dazzled, his stints with the Mets — with irregular roles and usage — didn’t go so well. In 81 appearances with the Mets, he posted a 4.92 ERA and zero saves. By the end of his tenure in New York he was already 28 years old, an age when most players have either established themselves or started preparing for their next career. As Bell later noted, even his family was ready for him to move on.

Bell received a new lease on life when the Mets traded him and fellow reliever Royce Ring to the San Diego Padres for reliever Jon Adkins and outfielder Ben Johnson. Returning to the West Coast, Bell immediately thrived as Trevor Hoffman’s set-up man in 2007, posting a 2.02 ERA in 81 appearances and fanning 102 batters.Bell also became a legend in the Padres clubhouse, known as much for his zany antics (he was fond of flying remote-control helicopters in the clubhouse) as for his prowess on the mound. Bell took over the closer role after Hall of Fame closer Trevor Hoffman left the club, leading the National League with 42 saves and being named to the All-Star team. Perhaps not coincidentally, he’d lost 30 pounds before the season.

Bell cleared the 40-save mark again in 2010 and 2011, making the All-Star team each time. At the 2010 midsummer classic, in Anaheim, Bell brought his father — then fighting lung cancer — to sit with him during media appearances and share the experience. It was the least he could for someone who had always made time for him: “He says he’s a proud father. I’m a proud son.”15In his third and final All-Star Game appearance, Bell sprinted in from the bullpen as usual before sliding into the pitcher’s mound and retiring the only batter he faced. When asked about the slide, Bell said, “I wanted the fans to have fun with this. The fans are really what matters. They’re the ones that show up. They’re the ones who pay our salary."

Send in a voice message: https://anchor.fm/playballkid/message

The ABCs of an MLB Bullpen Coach with Chris Young, Chicago Cubs

A Biomechanics Lab On Your Phone with Dr Mike Sonne