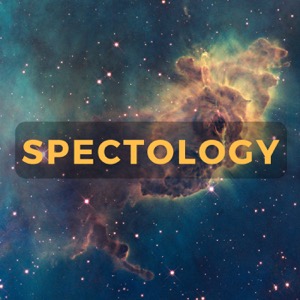 Rupetta is an under-appreciated historical SF novel about a clockwork woman & the human women through history who act as her caretakers. It won the James Tiptree, Jr. award in 2013, and was recently re-published in ebook format.

Charlotte & Adrian discuss the publishing history of the book, Sulway's other works, historiography, folk tales, and the metaphors by which we understand consciousness.

* An interview with Sulway about one of the folk histories that inspired Rupetta * Another interview on other influences * The Jaquet-Droz automota in Neuchatel, Switzerland * Stories of Your Life and Others by Ted Chiang * Exhalation by Ted Chiang * Tender: Stories by Sophia Samatar * Jonathan Strange & Mr. Norrell by Susanna Clarke * Frankenstein by Mary Shelley

As always, we'd love to hear from you, either by chatting with us on twitter at @spectologypod, sending us an email at spectologypod@gmail.com, or submitting the episode to r/printSF on reddit. We'll reply, and shout you out in the next podcast when we talk about your comment.

Many thanks to Dubby J and Noah Bradley for doing our music and art.

27.1: The Lesson by Cadwell Turnbull pre-read w/ Lydia: Alien invasion and a history of capitalism & colonialism.

Digital Book Tour: SA Jones on The Fortress, a book about restorative justice inside an all-women society

Digital Book Tour: Melissa Caruso on The Obsidian Tower, a story of a young woman on the run from her own magical power

Digital Book Tour: Veronica Roth on Chosen Ones, a story of what happens after the "chosen ones" have saved the world

In Conversation: Our Favorite Underrated SF Movies, with Seth Heasley of the Hugo's There podcast

Digital Book Tour: Laura Lam on Goldilocks, a scifi thriller where a group of women steal a spaceship to save humanity