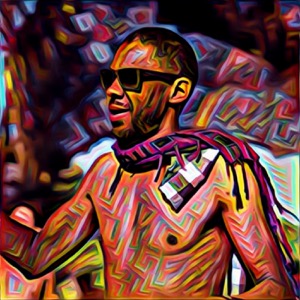 Melbourne based DJ / Producer of

Harry Blotter has been a familiar face throughout the Melbourne electronic music scene since 2003. Now a well established Dj across multiple styles currently in his 15th year performing throughout Australia.

2013 saw him make the jump from Label Dj to Label Manager taking control of Highly Evolved Music from a longtime friend. He remains the driving force behind the label, currently overseeing their 28th Release. Continually focussed on releasing the finest unheard Psytrance, Prog & Techno bursting out from Melbourne's never ending pool of hugely talented underground producers.

Determine to join his many peers putting out killer productions, the last two years have seen him sharpening his own techniques almost daily. 2016 saw Harry release his first 2 original tracks. Expect many more over the coming months before the dynamic debut of both his Techno & Psytrance Lives Sets during 2017.

A proud product of the Vinyl era, Harry still holds a keen interest in scratching and turntablizm. Over the years contributing cuts & performing alongside a small number of credible Hip Hop artists. With a love of Vinyl that still burns bright to this day his collection of 2000+ records is somewhat of a time capsule. Encompassing loads of rare Techno, Acid, Hip Hop, Trance, DnB, Psy Trance & more.

Harry has a keen interest in how styles of music were created and the way they evolve over time. Easily Spending 1000's of hrs in local Record Stores over the years, he has just returned from his third trip across Europe in the search of new sounds while researching his passion. Using this inspiration to build on his own Techno and PsyTrance sets to share with crowds at home.

Playing across three decks and a Pioneer RMX-1000 FX unit Harry layers & manipulate his music in his own unique way. Playing instinctively he lets the moment dictate the direction his sounds will go. Always striving to showcase only the best fresh sounds 7 artists. In turn continuing his mission to help music evolve and grow for the coming generations.

Most recorded performances find a home on his sound cloud page. Now clocking over 125,000 plays & 20.000 D/l's across around 150 dj sets, mixes and original productions. His dedication has seen him build a truly global fan base. With overseas followers easily accounting for more than half of all time traffic.

Whether it's Techno, Psy Trance or anything in between, keep an eye out for Harry Blotter & all things Highly Evolved in 2017....

Pioneering icons of music, and two-time Rock and Roll Hall of Fame Inductees, David Crosby, Stephen Stills and Graham Nash made a brief stop on their 2013 European tour to discuss their most recent live album and film CSN 2012, their incredible career as a legendary supergroup and their newly released iPad app the Crosby, Stills & Nash Official App. Moderated by Peter Radszuhn at the Apple Store, Kurfürstendamm in Berlin.