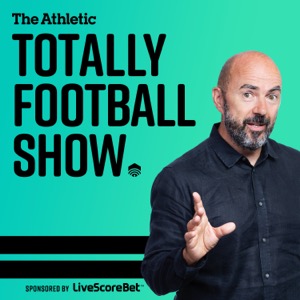 Relegation beckons for England and Wales, plus a huge weekend in the WSL

It’s international week so Jimbo assembles the pod squad of Carl Anka, Colin Millar and Tom Williams to focus on the fixtures.

It’s Italy v England in the Nations League as James Horncastle paints a picture of the Azzurri camp right now. We’ve got our eyes on the England midfield, and the not that tall Toney.

The drop to the second tier is a possibility for Wales as well, where the big question is whether it’s Ward or Wayne. And whether Michael Sheen will be in the dressing room.

Charlotte Harpur breaks down a WSL weekend that brings us the North London and Merseyside derbies.

Plus Woodgate and the worst debut ever, Brazil v Ghana, and why John McGinn is the new Jon Obi Mikel.

Fler avsnitt av Relegation beckons for England and Wales, plus a huge weekend in the WSL

USA handle the pressure, England turn on the style and are Netherlands any good?

Brazil bypass Switzerland, Ghana get away from South Korea and Portugal pass Uruguay

Canada crash out, Morocco make waves and Fullkrug the fulcrum for Germany?

Messi, Mbappe, maybe for Australia and maybe not for Germany?

USA & Iran set up crunch clash, Qatar crash out and where were Foden, Bale & Ramsey?

A heartening and a disheartening day for England and Wales