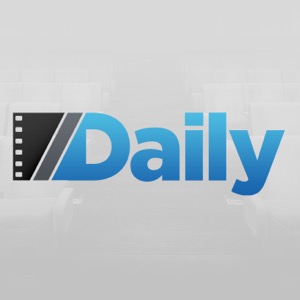 Movie, television news, discussion and analysis from the writers at slashfilm.com.

The Book of Boba Fett, Spider-Man: No Way Home, F9, and Knives Out 2

New Lord of the Rings Movie, MacGruber Casting, a Kingpin Sequel, and More

Based on a True Story

We've all seen the movies that claim to be 'based on a true story', but have you ever wondered how historically accurate they are? That's what we'll aim to find out as we compare Hollywood with history.

Talking Images is the official podcast of ICMForum.com.

Filmmakers and Comedians sit down to discuss movies that have spent years in development hell.

State of the Empire: A Lucasfilm Podcast

A Star Wars speculation podcast, where we “Look For News in Alderaan Places!” Head to a galaxy far, far away and jump straight down the garbage chute for the latest news and rumors from the Star Wars Universe. We'll do anything to get a scoop, even make it up! And that's not all - we've got Indy Inquiry and Willow Watch, our segments dedicated to Indiana Jones and the Lucasfilm fantasy epic, Willow!