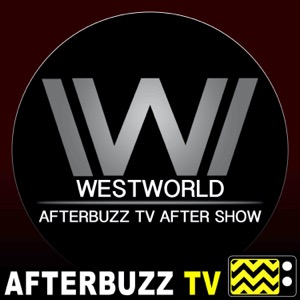 Westworld S3 E7 Recap & After Show: The Host Revelation Will Be Lead By a Human

The Westworld After Show

The host revelation will be lead by a human

In the second to last episode of Westworld the secrets of the past are finally made known as computers and hosts go to war.

We open on Musashi who is being greeted by the long awaited return of Clementine who has come to tell him that Maeve is not for sale. After he is killed by Hanaryo we head to Sonora to meet up with Delores and Caleb.

Descending on the laboratory Delores and Caleb infiltrate their way into the main computer area, were Caleb begins to learn his past is all a lie. He learns he was part of reconditioning program that he was one of the few success stories of. His memories are all a lie, scrambled and mixed up. He learns that Francis didn’t die in the war and that the App he has been using for paid insurgency work was actually for Serac’s laboratory all along. A job he and Francis had been working for; the very system he now looks to destroy. Delores has tasked him with creating a new humanity and becoming the leader the world needs.

Back at Delos William, Ashley and Bernard learn that Charlotte implanted William with a virus that allowed her to track his moves, and that he is technically dead, much like the rest of the outliers from the lab. William pledges to save the world as they continue to look for answers.

As Caleb grapples with the fate of the world and the realization of his real memories, Delores is faced with the arrival of Maeve. In an all out brawl they attempt to fight to the death, and Delores has the last move with the press of a button putting them both to sleep.

For more After Shows for your favorite TV shows and the latest news in TV, Film, and exclusive celebrity interviews, visit http://www.AfterBuzzTV.com

Fler avsnitt av Westworld S3 E7 Recap & After Show: The Host Revelation Will Be Lead By a Human

Westworld S3 E8 Recap & After Show: The Beginning of the End

Westworld S3 E7 Recap & After Show: The Host Revelation Will Be Lead By a Human

Corporate takeovers, free will and a mothers love spell the end of Delos - S3 E6 'Westworld' After Show

Everything Has Been Revealed! But will it Tear Us All Apart?