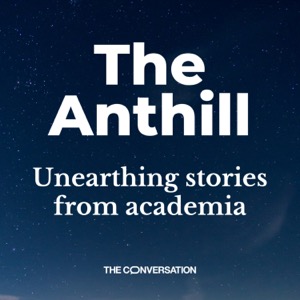 In this fifth episode of Recovery, a series from The Anthill Podcast exploring key moments in history when parts of the world recovered from a major crisis or shock, we’re looking at what happened in the former Soviet Union during the transition from communism to capitalism in the 1990s.

When the USSR was finally dissolved at the end of 1991 it was a massive shock to the system for millions of people. The transition from a state-controlled command economy to a market-driven capitalist one was a hugely complex structural change. What followed was what’s come to be known as “shock therapy” – post-communist states were suddenly subject to mass privatisation and market reforms. Price controls were lifted. State support – which had been such a fundamental part of everybody’s way of life in the former Soviet Union and eastern bloc – was withdrawn.

Jo Crotty, professor of management and director of the Institute for Social Responsibility at Edge Hill University, was living in between Belarus and Russia in the early 1990s. She describes the hyperinflation and economic breakdown she witnessed during this period. Companies tried to keep people employed, but these were jobs in name only and there was a huge problem of hidden unemployment – which she says offers a warning as coronavirus furlough schemes end today.

Some parts of the former Soviet Union and Eastern bloc countries recovered quicker than others. Lawrence King, professor of economics at the University of Massachusetts, Amherst and a research associate at Cambridge University’s Judge Business School, explains why, and what political upheaval the drastic economic reforms provoked. He also describes the devastating impact that waves of privatisation had on mortality rates in Russia in the 1990s.

And Elisabeth Schimpfössl, lecturer in sociology and policy at Aston University, talks about a new group of oligarchs emerged in Russia during the transition in the 1990s, benefitting from the waves of privatisation and shift to a capitalist system. She describes the enduring legacy this period has had on wealth inequality in Russia.

You can read more about the post-Soviet transition and its legacy alongside other articles in our Recovery series accompanying this podcast.

This episode was produced by Gemma Ware and Annabel Bligh with sound design by Eloise Stevens.

The Anthill is produced by The Conversation UK. We’re an independent news media outlet that exists purely to take reliable, informed voices direct to a wide audience. We’re a charity, with no wealthy owner nudging an editorial line in one direction or another. The only opinion we hold is that knowledge is crucially important, and must be made widely available to help as many people as possible understand the world and make informed decisions. If you can help us do what we do, please click here to donate. And if you’ve already supported what we do, thank you!

Uncharted Brain 3: the role viruses may play in Alzheimer’s

Uncharted Brain 2 : the family trauma of dementia from sports injuries

Climate Fight part 5: the art and chaos of negotiating the Glasgow Climate Pact

Climate fight part 3: the left behind