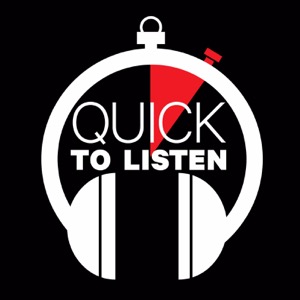 Transcribed highlights of the show can be found in our episode summaries.

Last week, the largest Christian adoption agency in the United States announced it will end international adoptions. More than 15,000 children had been adopted since the late 1970s through Bethany Christian Services.Bethany’s decision was not because they didn’t believe in the program but because of their “desire to serve children in their own communities,” said Kristi Gleason, the vice president for global services at Bethany, in a statement.

“The future of adoption is working with local governments, churches, and social services professionals around the world to recruit and support local families for children and to develop and improve effective, safe in-country child welfare systems.”

To that end, part of these efforts has meant turning away from institutionalized care, or orphanages. One of the leaders in this effort has been Ukraine, says Micala Siler, the executive director of A Family for Every Orphan.“From what I've seen in Romania and Ukraine firsthand most recently, because of the hard work of Christians to change cultural mindsets and help refine government system, these countries have the foundation to be countries without orphanages in the next 15 to 20 years.” said Siler.

Siler joined digital media producer Morgan Lee and editorial director Ted Olsen to discuss the bigger reasons why there’s been a move to move children from orphanages to familial situations, how adoption culture is growing in countries around the world, and the difference Christians have made in this conversation.

What is Quick to Listen? Read more

Quick to Listen is produced by Morgan Lee and Matt Linder

The transcript is edited by Bunmi Ishola

Churches Are Reopening. That Doesn’t Mean Singing's Back.

Prayer amid Pandemic: "All Shall Be Well," She Wrote. But There's More to the Story.

What the Bible Says About QAnon

What Ahmaud Arbery’s Death Recalls About Lynching and Church History

Should Christians ‘Believe in Science’ in the Midst of a Pandemic?

Should Al Mohler’s Vote for Trump Surprise Us?

Can Urban Churches Survive a Pandemic?

Did He Who Made the Lamb Make ‘Tiger King’?