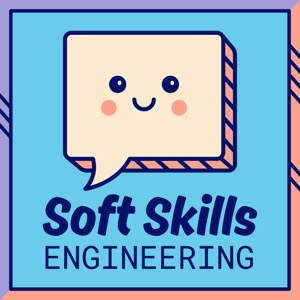 In this episode, Dave and Jamison answer these questions:

My coworker Alice reached out to me in confidence to say that another coworker, Blake, is leaving in about a month. Blake told Alice in confidence that they intend to put in their two-weeks notice next week. Making things better, Blake is our entire ops team (<3 bus factor of 1) and our startup was not planning on hiring anyone else into that team for three more months!

Do I have an obligation to respect their twice-removed confidentiality? Or do I have an obligation to the company (and my remaining coworkers) to push to start hiring their replacement sooner? I’m concerned that if I do nothing, it’s a risk to the company because Blake plays such a critical role and we did not setup Blake in an HA configuration, but I’m also wary of doing something that seems like an ethical gray area.

I’m not in management, so I have no ability to directly start hiring. But I’m a senior IC and pretty heavily vested in the success of this company. And bummed about my dear departing friend/colleague! And bummed that my workload is about to go up as all of us learn to be ops engineers, too!

Help! I don’t want to have to take the soft skills patented advice of quitting my job when the startup crumbles under the ops team’s departure, so what do I do instead?

Someone I worked closely with on a previous job has reached out to me, asking for a referral and recommendation to my current company. The problem is, I really didn’t enjoy working with this person. The experience was so bad it prompted me to leave that job for another one. I didn’t want to burn bridges, so when I left the job, I cited personal reasons and did not mention the real reason was that I hated the interpersonal dynamics there.

It could be the case that their toxic behavior was partly due to the toxic organization we were in. It’s also possible that over the years they’ve matured, but I don’t know. On the other hand, each time I’ve asked someone for a referral, they’ve always done it, so I assume that there’s an expectation to refer previous coworkers?

I can’t in good conscience recommend this person to my current company. If I provide my true opinions, I suppose they’d eventually find out. Can this person sue me for defamation if they don’t get hired?

Episode 257: Oops I didn't negotiate and really another raise question

Episode 255: Only positive feedback and overworked and siloed

Episode 253: Not coding after 2 years and fake data scientists

Episode 251: Working with real live developers and the royal we?

Episode 249: Settling the Wild West and credit for self-study