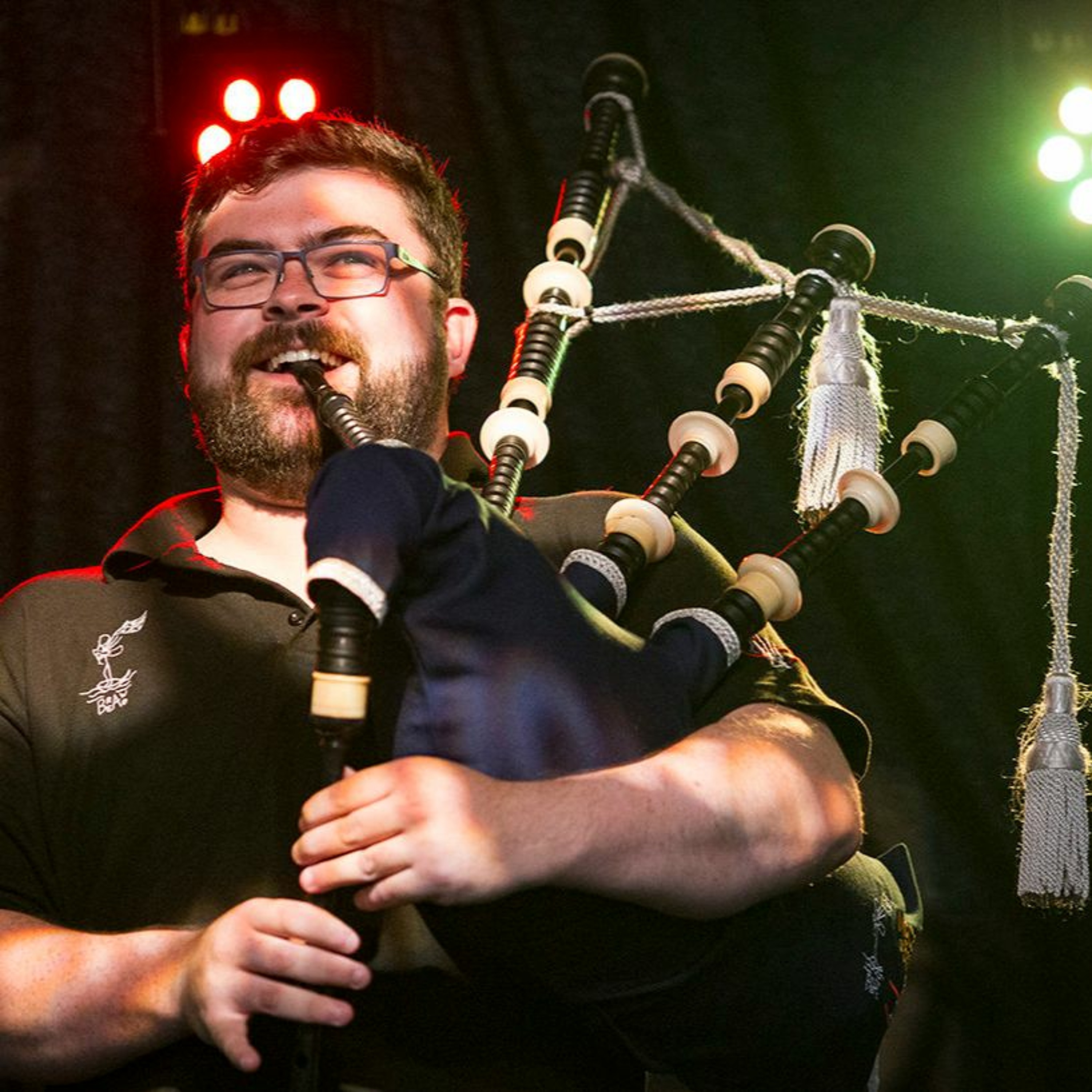 Ross hails from Linlithgow, West Lothian where he is the official Town Piper. He studied Bagpipes, Scots Song and Whistles at the Royal Conservatoire of Scotland. In July 2017 he graduated with a First Class Honours Degree in Traditional Music - Piping. Ross was a finalist in the 2019 BBC Radio Scotland Young Traditional Musician of the Year competition.

A World Champion piper, Ross began piping aged 7 and was the Pipe Major of the National Youth Pipe Band of Scotland. He competed with the world famous Boghall and Bathgate Caledonia Pipe Band for many years. He is now a member the Grade 1 Inveraray and District Pipe Band. Also a successful solo piper, he competes regularly around the Highland Games in Scotland and further afield.

Ross has performed in many countries such as: New Zealand, Australia, USA, Ghana, Russia and all over central Europe as well as appearing on BBC Hogmanay Live and performing solo on the roof of Murrayfield Stadium.

A Grade 8 Trombonist, Ross has performed at the Edinburgh Fringe Festival and with the Royal Scottish National Orchestra at the Usher Hall. A keen theatre performer he has appeared in many amateur musical productions throughout Scotland. Ross was the recipient of the Young Scot of the Year award for heritage at the age of 12 (in 2007).

If you enjoyed this, you should try a Dojo University Premium Membership. Our premium membership features over 50 courses, 17+ live classes each week, social interaction channels, feedback on your playing, weekly challenges, and more! Try one month for just $1 by visiting DojoUniversity.com/testdrive today!