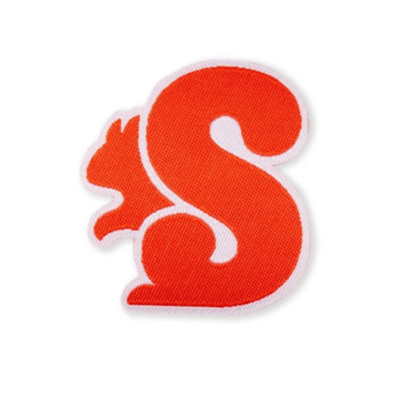 Ken and Scouter Corey (Hawkeye) discuss the newly-launched Squirrel Scouts program that The Scout Association in the UK has brought online. It’s a brand-new program — which has been a pilot project for the last two years, and was based off of a Northern Ireland “feeder” program that wasn’t officially a Scouting section but encouraged youth to join up once they were old enough for Beavers — aimed at 4, 5, and 6 year old youth...especially in communities that have been traditionally under-served by Scouting programs in the past.

Firstly, to Scouter Matthew, for sending in a photo of his daughter — a White Tail Beaver — wearing their group’s custom-designed woggle:

The recent episode on the woggle prompted me to get a picture of the unique woggle that our group has been using for many years. I couldn’t get an exact year that it was introduced. For a long time they were cut from pine, but these days we have been getting them cut from sheets of wood on a CNC machine.

Also, a shout-out to Scouter Carl for providing us a look at the Squirrel Scouts logo (which is awesome!).

As well, a note of thanks to osbot for sending in a new 5 star review of the podcast:

Just getting back to Scouting as my own kids are of age. This podcast has been a great connection for me to get into a Scouter mindset and rediscover a passion from my youth. I appreciate the wisdom on things like knife safety as well as the regular news updates.

Corey also gives a shout-out to Colin, who at the time of this recording had been incognito for a couple of weeks, dealing with projects at work.

And, as always, a big thank you to the folks at Scouting Radio for rebroadcasting Scouting Stuff episodes to their worldwide Scouting audience. If you're listening to us on Scouting Radio right now, let us know; reach out and get in touch. We'd love to hear from you.

Get Your Group Online