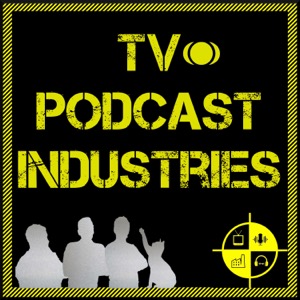 She-Hulk Episode 4 "Is This Not Real Magic?" Podcast from TV Podcast Industries

We are back discussing She-Hulk Attorney At Law Episode 4 "Is This Not Real Magic?" on our latest podcast. Definitely the funniest episode of the season so far.

She-Hulk Attorney At Law Episode 4 "Is This Not Real Magic?" Synopsis

Welcome to the “Magical” world of Donny Blaze, his traditional parlour tricks are going down like a lead balloon, so he decides to spice up his show using the sling-ring he got during his one week training in the mystic arts at Kamar Taj. He sends his volunteer, named Madisynn, to a hell dimension to huge applause from his audience. Madisynn makes a deal with a demon, to escape the hell dimension, and is dumped out of another portal in front of Wong, Master of the Mystic Arts.

Furious Wong asks Jenn to serve a cease and desist to Donny Blaze to make an example of him. However, the court doesn’t agree with the danger posed by Blaze and allows him to continue practising his “magic”. But entertainment is a fickle business and the audience are no longer impressed with Donny’s ability to send audience members to hell dimensions so he accidentally brings the hell dimension to them.

Wong and She-Hulk team up to save the audience in exchange for Donny’s agreement that he will no longer use his sketchy control of the mystic arts.

Despite all the inter-dimensional goings on,