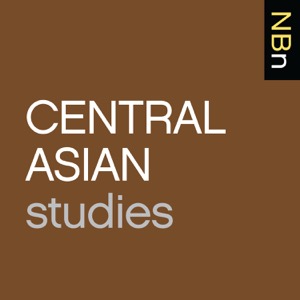 “A map is the greatest of all epic poems, its lines and colors show the realization of great dreams.” --Gilbert Grosvenor

The Great Game raged through the wilds of Central Asia during the nineteenth century, as Imperial Russia and Great Britain jostled for power. Tsarist armies gobbled up large tracts of Turkestan, advancing inexorably towards their ultimate prize, India.

These rivals understood well that the first need of an army in a strange land is a reliable map, prompting desperate efforts to explore and chart out uncharted regions. Two distinct groups would rise to this challenge: a band of army officers, who would become the classic Great Game players; and an obscure group of natives employed by the Survey of India, known as the Pundits.

While the game played out, a self-educated cartographer named William Lambton began mapping the Great Arc, attempting to measure the actual shape of the Indian subcontinent. The Great Arc would then be lauded as one of the most stupendous works in the whole history of science.

Meanwhile, the Pundits, travelling entirely on foot and with meagre resources, would be among the first to enter Tibet and reveal the mysteries of its forbidden capital, Lhasa. Featuring forgotten, enthralling episodes of derring-do combined with the sincerest efforts to map India’s boundaries, Riaz Dean's book Mapping the Great Game: Explorers, Spies & Maps in 19th Century Central Asia, India and Tibet (Casemate, 2019) is the thrilling story of espionage and cartography which shrouded the Great Game and helped map a large part of Asia as we know it today.

Support our show by becoming a premium member! https://newbooksnetwork.supportingcast.fm/central-asian-studies

Marie Favereau, "The Horde: How the Mongols Changed the World" (Harvard UP, 2021)

Marie Favereau, "The Horde: How the Mongols Changed the World" (Harvard UP, 2021)