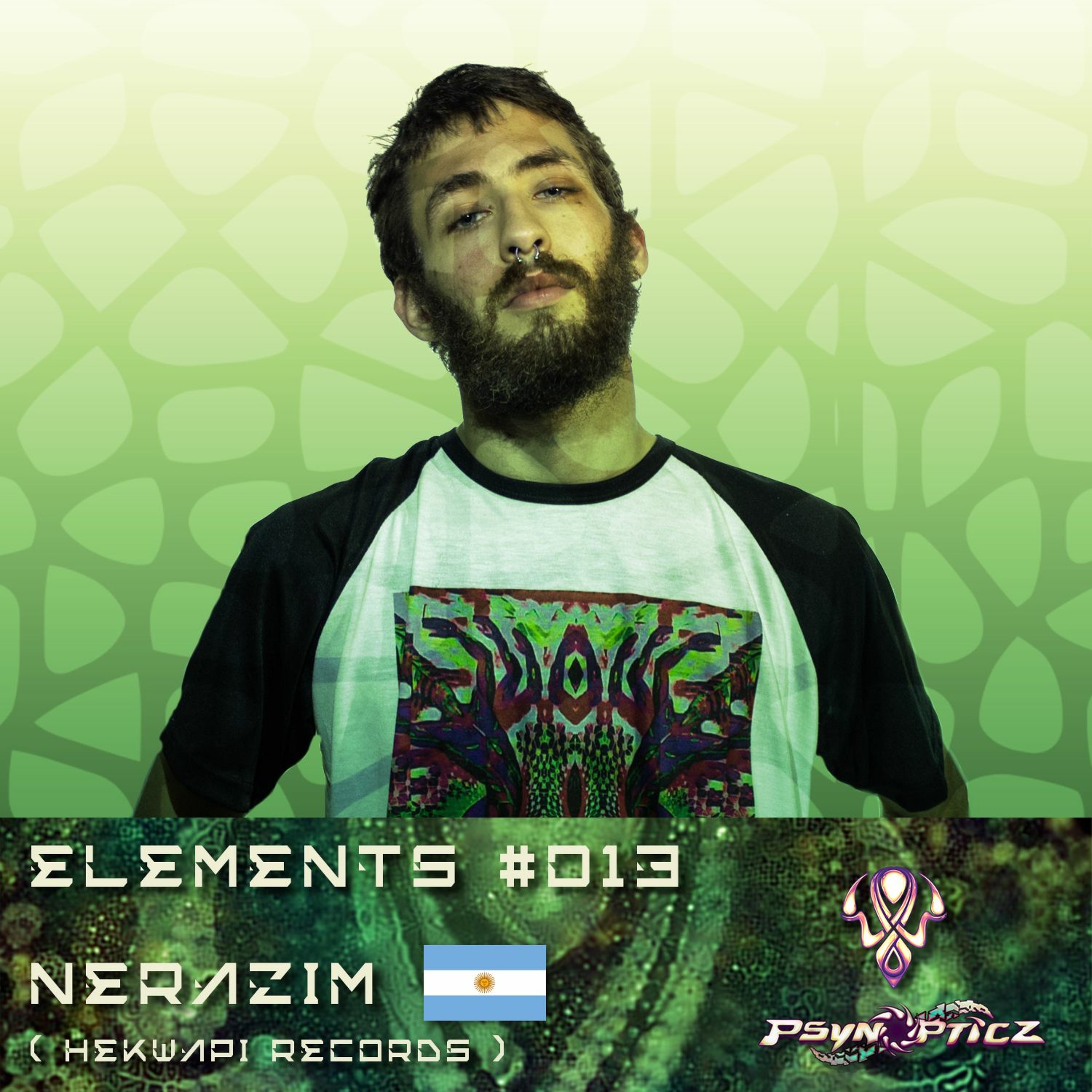 Welcome to our PsynOpticz “ELEMENTS” Series, where we will be featuring DJs & producers from around the world that make up our beloved psychedelic scene. We are very excited to announce our 13th feature, Nerazim from Argentina! You can also expect an EP coming soon on PsynOpticz Records!

Nerazim started in the world of music at 9 learning classical music and playing in some metal and punk bands until he became interested in electronic music at age 20 and later specifically psytrance.

He started the art of DJing with Hernan Musolino a.k.a. Kirtan (ARG) and he moved to Buenos Aires where he studied music production with Daniel Pulvirenti a.k.a Kovik (ARG) giving way for the project Nerazim, his own sound with a unique style of experimental fullon night with dark textures and constant sweeps and grooves.

TURN ON, TUNE IN, DROP OUT