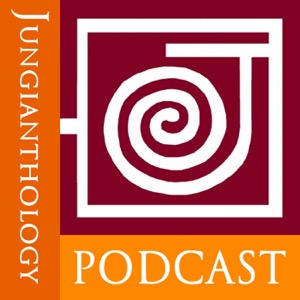 To celebrate International Women’s Day, we are sharing the seminar and panel discussion “Edith Rockefeller McCormick: Philanthropist, Intellectual, Analyst” in its entirety. The first hour is a presentation by Andrea Friederici Ross, author of Edith: The Rogue Rockefeller McCormick, followed by reflections by Kennon McKee, PhD, Jungian analyst and Victoria Drake, PhD, that opens up for general discussion.

The presentation includes archival photos that are not intended for such wide distribution as YouTube, so the video version is available on our website for a nominal fee.

From the seminar description:

Edith Rockefeller McCormick (1872-1932) played a vital role in supporting Carl Jung’s practices and disseminating his writings. In addition to underwriting translations of his work, McCormick provided a physical location for the Psychological Club in Zurich in an effort to bring the Jungian community together. The early years of the Psychological Club were not without problems, as the key players (including Edith and her husband Harold Fowler McCormick) wrestled with how to structure the club. In time, Jung appointed the deeply intellectual McCormick an analyst in her own right and she practiced pro bono in Chicago for the remainder of her life. McCormick’s son Fowler McCormick also had a lasting relationship with Jung, traveling with Jung in the American Southwest, India, and parts of Europe. In this program, author Andrea Friederici Ross will present a biographical sketch of Edith Rockefeller McCormick with a heavy focus on her eight years in Zurich with Jung. Materials shared will include excerpts from correspondence among McCormick family members and Edith’s father, John D. Rockefeller. Following the biographical presentation, analyst Dr. Kennon McKee and academic psychologist Dr. Victoria Drake will join Ross in a discussion about McCormick’s life and interactions with Jung.

Andrea Friederici Ross is the author of Edith: The Rogue Rockefeller McCormick and Let the Lions Roar! The Evolution of Brookfield Zoo. She has been published in Fine Books, Mothering, Sheridan Road, Chicago Agent, Hinsdale Living, and other magazines. Her essays can also be found on the Center for Humans and Nature blog and their “City Creatures” anthology. Her career has been unconventional, including stints as the Operations Manager of the Chicago Symphony Orchestra and as Assistant to the Director of the Chicago Zoological Society. She currently runs the library at the local public school while working on her writing projects. Andrea graduated from Northwestern University with a Bachelor of Arts degree in German Language and Literature. More information is available at friedericiross.com.

Jungian Ever After | Rapunzel

Jungian Ever After | Introduction

Institute Archive | The Warrior Within: A Study in Masculine Psychology with Robert Moore, PhD

Jung in the World | Jung, Wonder Woman, and the Psychology of Myth with Laura Vecchiolla

Jung in the World: Jung, The Mythology of Pan, and Panic Culture: Interview with Ryan Maher

Healing Cinema: Birdman or (The Unexpected Virtue of Ignorance)

Jung in the World | C. G. Jung & the Modernist Revolution with Roula-Maria Dib