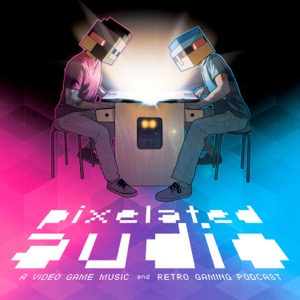 Heart Heat Girls is a lightly adult-oriented Japanese adventure game released for the PC-98 in December of 1993 by the company Panda House under their Cat’s Pro label. Heart Heat Girls or H.H.G. is set in a futuristic world where humans and androids are at war. A specialized police force known as ACP (“Anti Criminal-cyborg Police”) is tasked with eliminating them. The game begins with two young police officers named Angelica and Apple receiving an S.O.S. about an attack from a mysterious cyborg and arrive to the crime scene to find no survivors. Joined by their friend and colleague detective Keith Bailey, they set out to investigate the case. Despite the name, the game focuses more heavily on the narrative and setting as opposed to lewd content. The gameplay is fairly conventional with light interactions like “Talk” or “Examine” to move the plot along.

The music of H.H.G. was written by Muse and the mysterious Panda, owner of the game development studio Panda House and its subsidiary labels Cat’s Pro and Melody, all companies largely associated with making adult games for the Japanese PC market. Little is known in the English speaking world about Panda and Muse, however they both worked on audio for the company Cocktail Soft, another adult games label.

A small correction: YouTube user Czarek7711 believes that Panda may be the alias of Yuki Nakayama. The VGMdb entry for the Cat’s Pro album lists him as executive producer so it does seem likely!

In any case, the music is full of lots of short but sweet tunes. Now leave playing the adult games to the professionals and enjoy this soundtrack guilt-free!

Thanks to Bryan, Gnome, and Valley Bell of VGMRips for ripping the music!