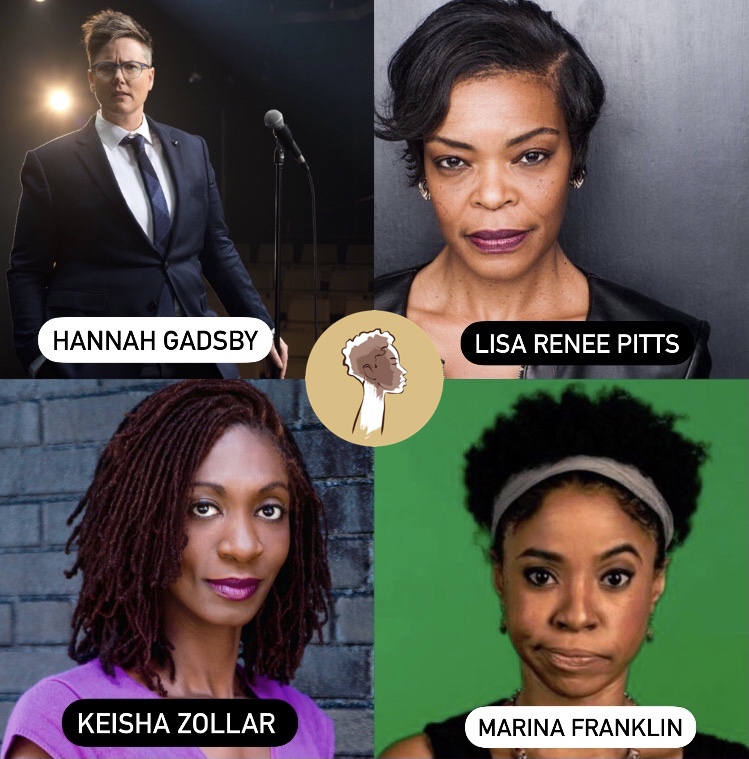 Stand Up Comedy And Healing Spaces

Tasmania’s own Hannah Gadsby stopped stand-up comedy in its tracks with her multi award winning show, Nanette, which played to sold out houses in Australia, the UK and New York. Its launch on Netflix, and subsequent Emmy win, took Nanette (and Hannah) to the world. Hannah’s difficult second album (which was also her eleventh solo show) was named Douglas after her dog. Hannah walked Douglas around the world, selling out the Royal Festival Hall in London, the Opera House in Sydney and the Kennedy Center in DC, a sit down run in New York and shows across the US, Europe, Australia and New Zealand.  Douglas was an Emmy nominated smash hit, moving beyond the trauma at the centre of Nanette and instead letting the world see the view from Hannah’s brain – one that sees the world differently but with breathtaking clarity. The show covered Hannah’s autism diagnosis, cleared up some confusion regarding a penguin, lectured some great masters, and saw the patriarchy needled with various levels of vigour. Douglas is available throughout the world on Netflix, recorded in Los Angeles. Hannah has done plenty of other things over the course of more than a decade in comedy, but that will do for now.

Keisha Zollar is a writer-actress-comedienne who is a writer on Sketchy Times with Lilly Singh. She's previously been staffed as the Writing Supervisor at Busy Tonight and as a writer on The Opposition with Jordan Klepper on Comedy Central.  In addition, her comedy group Astronomy Club had a sketch show on Netflix and a digital series with Comedy Central (Vulture Best New Comedy Series 2018). As an actor Keisha has been seen on Netflix’s Orange is the New Black, Comedy Central, Nightcap, Middle of the Night, The Today Show, CollegeHumor, TVLand, FunnyorDie, IAF.tv, AboveAverage, MSNBC, MTV, and UCBComedy. As an actress, Keisha played the role of Sarah in Believe Her, a short about the moments after sexual assault. She has been featured by Glamour magazine, Fast Company, Paste magazine, etc, and has written for Bitch Flicks, FemSplain, and more.​