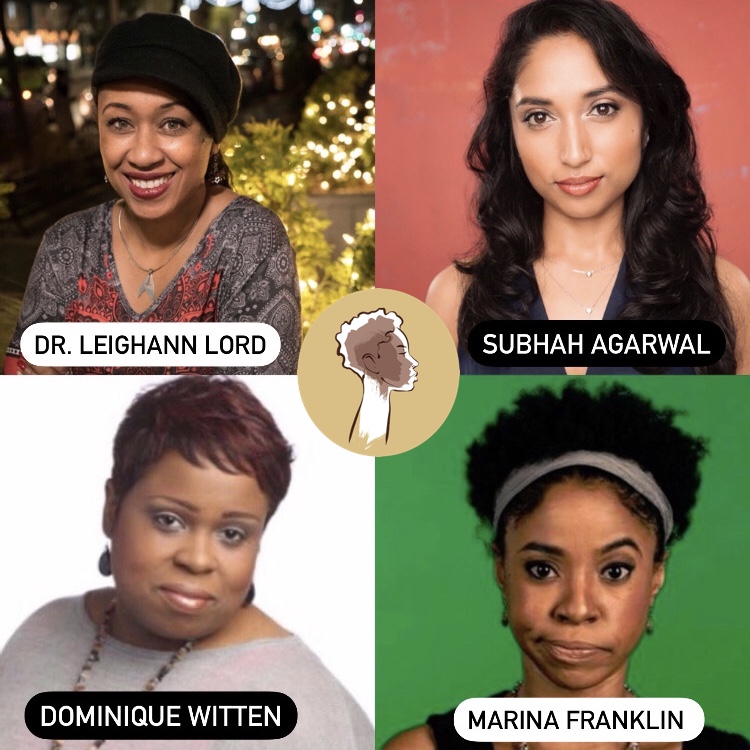 Dr. Leighann Lord (VeryFunnyLady.com) is a veteran stand-up comedian and the author of Dict Jokes and Real Women Do It Standing Up. She is the creator of the People with Parents podcast and has been a co-host on StarTalkRadio,with Neil de Grasse Tyson. She has been seen on Comedy Central, HBO, and The View, and was recently seen on Netflix in the Def Comedy Jam25th Anniversary Special. She was also one of the five national finalists in the 2018 ABFF-HBO Comedy Wings Competition. She’s the winner of the 2019 Humanist Arts Award. Leighann is a proud member of House Ravenclaw (with a dash of Slytherin).

Subhah Agarwal has brought an honesty to her comedy that is refreshing, and at times a bit disturbing... but in a good way. Trust me. Subhah has written for "The Jim Jefferies Show"on Comedy Central, and "Comedy Knockout" on TruTv, amongst others. You can also catch her jokes live at stand up comedy clubs across the country. If you don't want to leave your couch, you can see her late night debut on NBC's "A Little Late With Lilly Singh." She will also be appearing on season three of HBO's "Westworld", as Ichtaca on TruTv's sketch comedy "Friends of the People", and as herself on MTV2, Comedy Central, and Gotham Comedy Live.

Dominique Witten- What is there to know about Dominique Witten? Well, if you’re interested in high-powered comedy, everything. From headlining comedy clubs, to showing-out on television, Dominique is a seasoned face of funny in America. She’s created laughs on stages across the world, including NBC’s Last Comic Standing, HBO’s Def Comedy Jam, Comedy Central’s “The Chappelle Show,” O.W.N’S “Herlarious,” the Adult Swim television shows “Black Jesus” and “Tropical Cop Tales,” and in the film Tyler Perry’s Boo! A Madea Halloween. Her stand-up special “Stop Me When I’m Lying” (2017) is available on Amazon Prime.  After switching careers from postal work to comedy, Dominique quickly gained notoriety for telling it like it is, raw and uncut. In the pre-internet world, Dominique’s fan-base grew quickly and word of her talent drew attention from HBO’s “Def Comedy Jam.” After a strong performance on Def Jam, Dominique moved to New York City to perform amongst the best of the best. Before long, Dominique became a fixture of New York’s comedy scene, performing alongside comics like Chris Rock and Dave Chapelle. During a chance encounter at a small comedy club, Dominique impressed “30 Rock” and “SNL” star Tracy Morgan, who immediately made Dominique the opening act for his “Caroline’s on Broadway” show. Since then, Dominique has wowed audiences all over the world, and is now based in Los Angeles, California.  In addition to stand-up and television, Dominique has drawn laughs from radio audiences across America during a regular segment on the “Tom Joyner Morning Show.” From this platform, Dominique became known as the “people’s champ,” a comedian who speaks for the common man and woman of America.