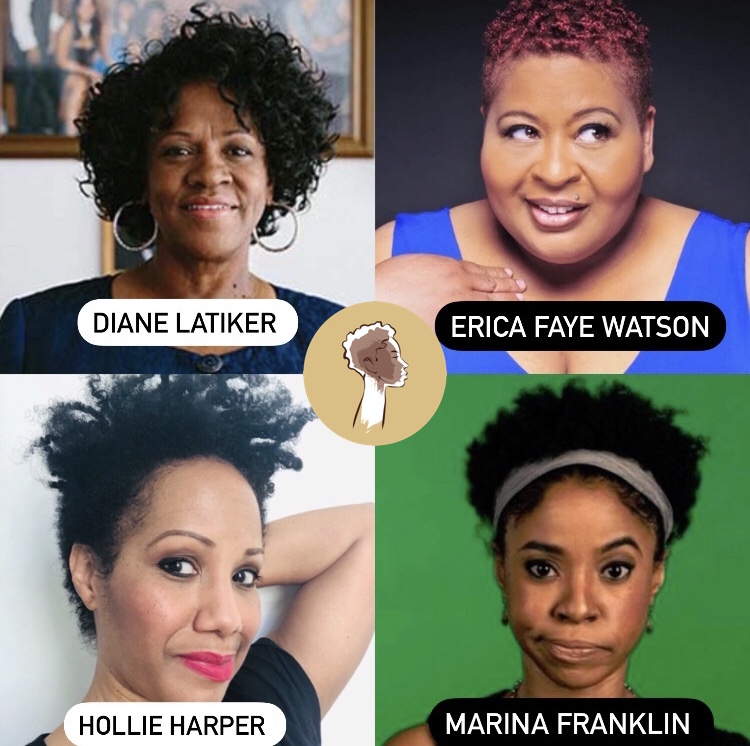 Diane Latiker is a community activist in Chicago. Latiker is the founder of the nonprofit, Kids Off the Block (KOB), which provides recreational activities and educational opportunities for young people in Chicago, focusing on the neighborhood of Roseland. She has made appearances on STEVE, Steve Harvey’s show on Facebook Watch, and The Kelly Clarkson Show to discuss KOB and her work. Latiker has also received awards such as a 2011 CNN Heroes Awards, where she was among the top ten of recipients, and has been honored as a 2016 “Women of Worth” from L’Oreal Paris USA and as a 2020 “Frontline Hero” from Variety Magazine. In 2020, Latiker was among a group of community leaders in Chicago to receive accolades from President Obama. Her book, Kids Off the Block: The Inspiring True Story of One Woman's Quest to Protect Chicago's Most Vulnerable Youth is now available on Amazon.

Hollie Harper is a writer/comedian/actress from Cape May, New Jersey. She’s a co-host of the nationally trending Twitter Storytelling Chat “BlerdDating”. Her blog “Hollie Harper INK” on Medium has Top Writer status in Parenting, Black Lives Matter and Racism.  She's the creator of the popular sketch comedy show AMERICAN CANDY. They have played the Comic Strip, Gotham Comedy Club, BAM Café as well as the Chicago Sketch Comedy Festival. Team CANDY is presently editing a pilot they shot last winter and Time Out Chicago named them one of the five groups to watch. She's a regular host for West Side Comedy Club. Since the pandemic started she's produced three smash shows on Zoom with them. As an actress she recently starred in the Off-Broadway production of Melanie Maria Goodreaux's "The White Blacks". And she works with Gold Comedy and Stand Up Girls, two programs that empower young women by teaching them standup comedy.

Erica Watson is an actor, stand-up comedian at clubs around the country, and film/television/theater director.  She was born and raised in Chicago’s Hyde Park neighborhood, and received a BA and MA from Columbia College Chicago. She currently hosts a dating podcast called "Get in The Game" and stars in the short film “BlacKorea”. She has appeared in the Oscar nominated film “Precious,” as well as “ChiRaq,” “Top Five,” and “Side Effects" and “Dirty Laundry.”  Erica's had guest-star roles on Showtime's "The Chi" and Fox's "Empire".  She has also been featured on TLC’s,The Dr. Phil Show, The Oxygen Network, The WE Channel,  (BET), MSG-TV,  The TV Guide Network and is a recurring correspondent for ABC7's “Windy City Live,” and WCIU's “The Jam.”